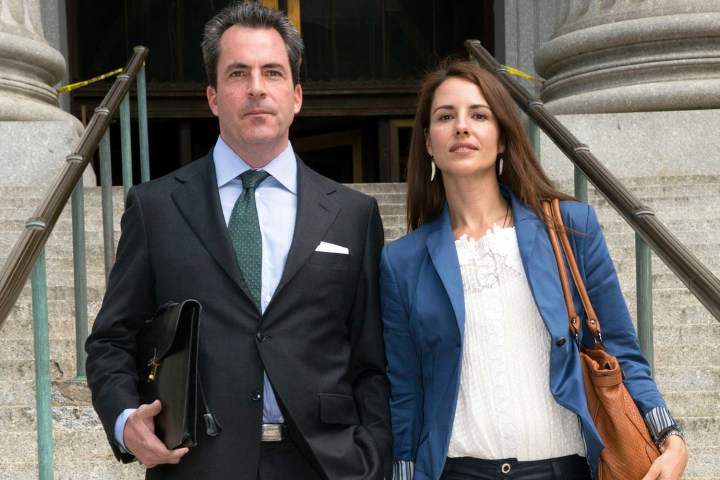 Well, its a job someone has to do and it looks like New York lawyer Tom Mullaney scored the gig.

Representing beautiful women is just par for the course for the attorney who has built a practice around representing some of the world’s most notable beauties in their diesputes – a story we came upon from the New York Post following a piece on the most recent Kadashian marriage.

The work, however, is an uphill battle according to the lawyer, having to battle modeling agencies and advertising agencies.  How come?

“The knee jerk reaction is why do these models need any help? There’s a tendency to think everyone has a glamorous job in this jet-set industry,” he told The Post.

“Unfortunately there’s plenty of opportunity to take advantage of people who are not all that sophisticated in financial affairs,” Mullaney said.

The David vs. Goliath litigator has represented a dozen industry clients in the past eight years.

“I counsel models on whether contracts they have are good or bad, or can be improved or negotiated,” he said.

He stumbled into the specialty practice, befriending a male model named Marko Zelenovic in his local coffee shop.

Through Zelenovic, Mullaney met the owners of a now-defunct agency called Vision New York. He fended off lawsuits against the bankrupt business by collecting debts and distributing cash to unpaid models.

Word-of-mouth connected the married Manhattan dad to other catwalkers — he took on NBC Universal in 2010 on behalf of radiant Russian Irina Krupnik, whose image was used without her permission in a scene from the film “Couples Retreat.”

But last year he successfully beat back a class action suit on behalf of modeling agency Red.

He’s currently battling MC2 for leggy European Marina Asenova, who claimed her former employers sold her image to Coty Cosmetics without paying her a dime.