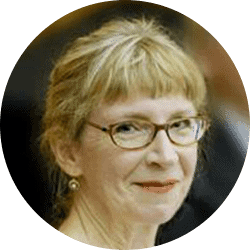 The New Zealand Law Society has announced the members of the working group which will consider if improvements can be made to enable better reporting of harassment in the legal profession to the Law Society.

The working group will be chaired by Dame Silvia Cartwright, who was a District Court Judge from 1981, Chief District Court Judge from 1989 and appointed to the High Court in 1993. Dame Silvia served as Governor-General from 2001 to 2006 and then took up a position as one of 13 international trial judges on the United Nations Tribunal investigating war crimes in Cambodia. She served on the tribunal until 2014.

The other members are:

Jane Drumm, General Manager of Shine a national charity to target and prevent domestic abuse and family violence. Before becoming Shine’s Executive Director in 1998 she worked as a Victim Advisor for Auckland District Court and as a Probation Officer for 13 years.

Philip Hamlin, Barrister. Mr Hamlin was admitted to the bar in October 1982 and is an experienced criminal barrister. He is a former Crown Prosecutor and has practised as a barrister sole since September 2013. His areas of legal expertise include sex crimes, child abuse and homicides, expert evidence, pornography and computer internet crime.

Joy Liddicoat, Assistant Commissioner (Policy and Operations), Office of the Privacy Commissioner. Ms Liddicoat was admitted as a barrister and solicitor in August 1988 and took up her current role in January 2015. Her career has also included eight years as a Commissioner with the New Zealand Human Rights Commission, legal practice, and seven years as Director of the Domain Name Commission Ltd.

Elisabeth McDonald, Professor of Law, University of Canterbury. Professor McDonald graduated from Victoria University of Wellington in 1988 and became a lecturer there in June 1989. She worked at the Law Commission on secondment for two years and her research focus has been in criminal law, the law of evidence, law and sexuality, and feminist legal theory. She took up her role at Canterbury in November 2016.

The working group is required to consider whether the existing regulatory framework, practices and processes enable adequate reporting of harassment or inappropriate workplace behaviour within the legal profession, along with how better support can be provided to those making reports of sensitive issues, and the adequacy of the regulatory framework to enable effective action to be taken where such conduct is alleged.

The working group will report to the New Zealand Law Society.