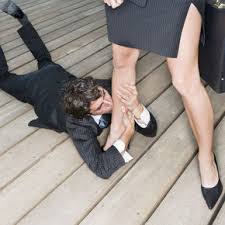 Begging for sex is one thing (we guess), but begging for it 78 times in one hour is just a tad excessive, but this lawyer has already copped $100,000 fine an eight month suspension, which has been reduced to two month by an appeals court.

First, he claimed Asperger’s disorder as the first part of his defense.  AbovetheLaw reported the case with some gusto.

But the appeals panel did cut the guy some slack based on the secret recordings. While one would think spy video of Pepe Le Pew, Esq. propositioning a woman every few seconds would suck for him, the video revealed something much more complex. Like this exchange where the trainee sat on the lawyer’s lap and discussed the first thing that came up:

Lawyer: Yeah, I wouldn’t mind to f**k you on the table, but …
The woman: No. The answer is no.
Lawyer: You’ve got to – you’ve got to – I don’t know. It just seems to be a bit of sexual frustration there, anyway …
The woman: If you were single, yes.
Lawyer: No, I would like to just have one f**k.
The woman: No, no, no… if you were on your own I wouldn’t think twice about f**ing you on that table. Okay? Guaranteed.
Lawyer: …bulls**t.
The woman: Okay. Guaranteed. Okay. You know that, and I say that sincerely, but I won’t cross that line.
Lawyer: You wouldn’t even go part of the way?
The woman: I would have to live with it … no.
Lawyer: Like cuddle?
The woman: I give you a cuddle all the time.

The video then showed the woman giving the lawyer a cuddle, “in fact several close and lasting embraces, as well as an apparently warm and affectionate kiss, while for the majority of the time sitting on his knee, facing him and stroking his head,” the appeal judges said in a recent decision granting the lawyer’s appeal and reducing his ban from practising law to two months.

Some may use this “she was into it” narrative to be apologists for sexual harassment generally. Which would be stupid. Pressuring a trainee who consistently says “no” and who depends on the lawyer for continued — and future — employment is definitely sexual harassment. What’s left is a question of how severe the punishment. Now once you go down the road of “if you were on your own I wouldn’t think twice about f**ing you on that table” while sitting on him, the requisite penalty has got to be something less egregious than chasing a woman with no interest around the office. Add in that the two knew each other for almost 10 years prior to when she became his trainee and there’s increasingly little to justify that eight-month suspension. But there’s still cause for some suspension and the appeals panel split the difference well.

Read the rest at AbovetheLaw 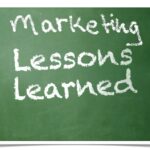 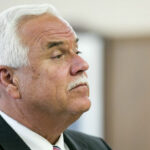