Recently, ALEXANDER SANDLER, an owner and controller of several fraudulent no-fault clinics, GREGORY MIKHALOV, an owner and controller of medical clinics, LYNDA TADDER, a manager at a no-fault clinic, and CHAD GREENSHNER, a licensed chiropractor, also pled guilty to conspiracy to commit mail fraud and health care fraud in connection with the scheme before Judge Oetken.

The five defendants were arrested in February 2012, along with 31 others, and charged with conspiracy to commit mail fraud and health care fraud in connection with a systemic scheme to defraud private insurance companies of more than $279 million under New York’s no-fault automobile insurance law. Some of the defendants were also charged with racketeering and money laundering. A total of 10 defendants, including one licensed doctor, have now pled guilty. NAIMARK also pled guilty to a separate conspiracy to commit health care fraud. 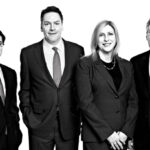