A booming economy like India’s has lead to all the modern problems, like environmental law issues, that the rest of us have to deal with. One of India’s boutique law firms that has found its business expanding along with the overall economy is Sudhir Mishra, the owner of Trust Legal a firm that has found itself dealing with a queue of businesses lining up for advice. The same applies to Sanjay Upadhyay’s law firm, Enviro Legal Defence.

As the Economic Times reports, India has seen the investment cycle grind to a halt in the last three years but is seeing more demand for environment lawyers to rescue businesses from huge losses arising out of poor compliance and unfavourable verdicts.

As the government became more stringent about implementing environment regulations, and set up the NGT, Indian companies faced cancellations of projects worth thousands of crore of rupees.

A look at the judgments passed by the NGT between May 2011 and July 2014 shows that the maximum percentage — 35% — related to environment impact assessment studies, which a project proponent has to carry out while applying for an environment clearance. This was followed by cases related to pollution, 31%.

Businesses are not only seeking lawyers to fight cases against NGOs and challenge government rulings. They are also engaging legal help right from the beginning of a project to avoid differences with the authorities at a later stage.

This is a sea change from a few years ago, when environment lawyers in defence of business houses was not even a concept, according to Mishra of Trust Legal. Environment lawyers mainly represented project-affected people, and companies appointed corporate lawyers on a case-by-case basis.

“Lawyers are involved in drafting contracts and doing due diligence. They are checking whether the company is compliant with the Environment Protection Act and the Forest Conservation Act before they start the project.”

HSA Advocates, one of the leading law firms in regulatory practice, is currently setting up a separate vertical to deal with environment litigation. Prakash expects “tremendous growth” in this vertical in the next four to five years.

He adds that environment law is still a small area, but it is growing and affects almost all sectors.

“Companies are increasingly doing a pre-feasibility environment audit with the help of social scientists, local communities and environment lawyers,” says Mishra. “They are submitting these reports to agencies for financial closures.”

Many funding agencies and foreign investors, say officials of law firms, have started seeking clarity on compliance to environment laws before closing deals or funding projects in India. But the pursuit to engage environment lawyers is not easy as they aren’t many around.

Read more at the Economic Times 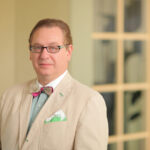