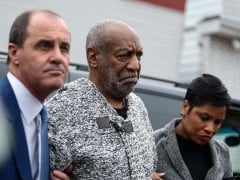 So just who are the lawyers defending Bill Cosby?

The two key attorneys are a study in contrast.  Monique Pressley is well known for her television appearances as a legal analyst, working also as a radio host, motivational speaker and pastor, among other things.

A lawyer who has made high profile appearances on television, but her previous role as a Senior Assistant to the Attorney General in the DC area gave her experience and profile in her home town, although born in Texas.

She got her first taste of on-film television commentary commentating on CNN’s Larry King Live during the O.J. Simpson trial, an event that enveloped the United States like no other trial – maybe until the Bill Cosby case, if it comes to court.

The other key lawyer is highly experienced criminal lawyer and former DA Brian McMonagle, 57, a lawyer who has handled some tough cases, ranging from Mafia mobsters to the Catholic Church in the form of representing the Catholic Archbishop of Philadelphia in a pedophile scandal that is not without Cosby-like parallels.

It is anticipated that McMonagle will be the one to lead the argument in court when Cosby, now 78, comes back to Court on February 2.  That appearance will be an attempt to have the charges dismissed, which will focus on the long delay and the way in which Cosby accuser Andrea Constand’s civil deposition has been used to bring the criminal charges.

McMonagle, 57, is expected to lead the defense arguments inside the courtroom when Cosby, 78, returns to court Feb. 2 in a crucial bid to have the case dismissed. He will attack the 12-year delay to file charges, the use of Cosby’s deposition from accuser Andrea Constand’s civil case, and the government’s plan to call other accusers to show a pattern of behavior.

However Monique Pressley will be the public face of the Cosby defence.  Ms Pressley, 45, will be elevated to the face we all get to know like none other as she leads the charge, having been selected to do so from a posse of lawyers who have dealt with the charges, including defamation claims, in Pennsylvania, Massachusetts and California.

A former prosecutor and defender as well as TV commentator she is well schooled in the art of presenting a public face to one of America’s most (formerly) revered figures.

The DC-based lawyer is impressive and articulate – and who better to defend a black entertainer against the sexual assault claims of women than another woman, and an African-American one to boot.

She too will become a household name, no doubt.

It’s going to be a tough ride for all – but the attorneys involved have combined aggression and courtroom smarts with a PR face that can help win the battle in the public domain.  Just what happens in the courtroom remains to be seen. 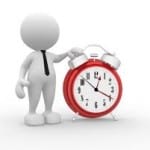