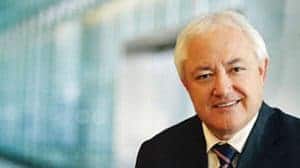 Tax expert and barrister Rob McLeod, of Ngati Porou background, is to receive an award this week as a 2018 distinguished alumni from Auckland University.

He led the Government’s New Zealand-wide tax review in 2001 and sat on Government task forces and advisory groups.

Apart from those involvements, he has been heavily involved in Maori issues, leading the Treaty settlement between Ngati Porou and the Government and acting as a member of the Maori Economic Development Taskforce in 2010 and establishment unit of Te Puni Kokiri (the Ministry of Maori Development).

In 2006, he won the University of Auckland’s Outstanding Maori Business Leader Award.