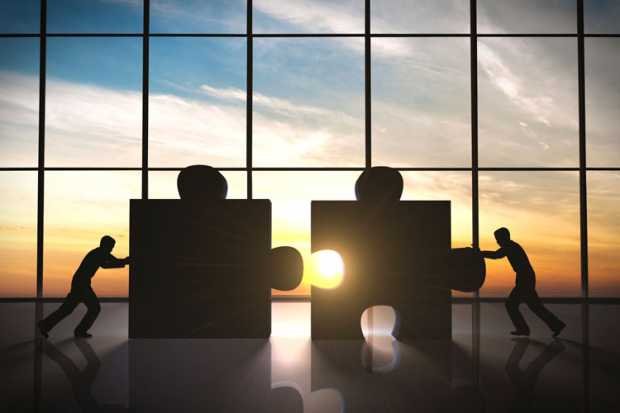 Mega law firm mergers have kicked off the year as three of this year’s biggest mergers involve law firms with over 1000 lawyers and the pace of law firms swallowing other large firms is set to continue.

The reported merger between London-based Magic Circle firm Allen & Overy who are evidently talking with O’Melveny & Myers, which would create a $2.8bn revenue behemoth being the latest in the current round.

And the largest deal so far this year was between 900-lawyer Bryan Cave, based in St. Louis, and 650-lawyer UK-based Berwin Leighton Paisner.

The merger of law firms as been a constant for the past decade, as reported by Altman Weil MergerLine.

“Intensifying market competition is making sizeable law firms with hundreds of lawyers receptive to merger offers that they would never have considered a few years ago,” said Thomas S. Clay, an Altman Weil principal, according to Bloomberg Law.

Two of the three largest combinations  that have occurred this year have involved major firms merging with smaller Texas-based firms, including  Hunton & Williams, which has about 700 lawyers, agreeing to merge with Houston-based Andrews Kurth, which has about 300 lawyers.  Foley & Lardner, with about 850 lawyers, said it would combine with Dallas-headquartered Gardere Wynne Sewell, a 230-lawyer firm.

“Texas has been one of the most desirable in-bound destinations for law firm mergers, acquisitions, and lateral hires over the last few years, but big deals like this are rare even in a prime market,” Clay said of the Gardere merger.

In the first quarter of 2018, eight other cross-border combinations were announced. Seven of the eight were acquisitions by global mega-firm Dentons, which has 8,100 lawyers worldwide. It is adding 170 new lawyers from law firms in Barbados, the Cayman Islands, Indonesia, Kenya, Malaysia, and Mauritius.

DLA Piper, an international firm based in New York, announced that it would add a 20-lawyer firm in Santiago, Chile to its existing 4,000 lawyer bench.

But three-fourths of all law firm combinations thus far this year have been acquisitions of firms with twenty or fewer lawyers, most of which were in Southern states. Florida firms were popular targets, according to AltmanWeil.

The trend shows no sign of abating as cost pressures, increased competition, the rise of the multi-disciplinary service firms, including the accounting outfits, sees firms working to ensure their slice of the global legal pie is preserved and preferably increased.