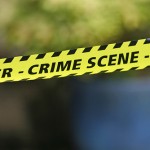 No matter what, though, there are a few crimes that are considered the most common types of crimes that people are accused of all over the world.
Continue reading to learn about these crimes in order to become more aware of just some of the many reasons why criminal defence lawyers are so necessary and why they are always so busy.

One of the most common types of crimes that are committed is assault.

When someone is accused of assaulting another individual, the criminal is usually arrested, and if a lawsuit is brought forth against the criminal for damages that he or she caused to another person, he or she will be required to hire a lawyer for his or her defence in court 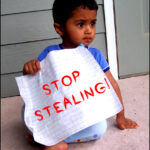 Theft is yet another common crime that is committed all over the world, especially as individuals continue to deal with poor economic conditions and eventually become so desperate that they end up resorting to lives of crime just to survive.

There are many different types of theft that can occur, such as automobile theft and home invasions.

No matter what, though, the victims have to suffer with the loss of important and valuable possessions that they most likely will never get back unless the criminal is caught in time by the authorities.

Traffic violations are also extremely common. But when they cause severe car accidents that were the result of drunk driving, for example, they become serious crimes.

Rather than simply receiving a ticket for the violation, individuals who cause these accidents are forced to deal with harsher consequences, such as having their licences revoked or having to appear in court to avoid going to jail for killing another individual who was a pedestrian, a fellow driver, or even a passenger in another vehicle that was involved in the crash.

Yet another common type of criminal activity that is committed around the world involves the use of illegal drugs, such as cocaine.

These drugs are popular because they provide users with an unforgettable high that becomes addictive, and dealers love selling these drugs because they make a lot of money doing so. But if someone is caught with drugs in his or her possession, and if the individual is found using or selling these illegal substances, he or she risks going to prison.

There are a variety of crimes that take place and endanger the lives of others. But if you are aware of the many types of crimes that are committed around the world every day, you can take steps to protect yourself.

The author of this post, Jenny Wadlow, is a part of the team at Criminal Lawyers Dribbin And Brown a team of criminal defence solicitors based in Frankston. She enjoys travelling and exploring new places during her free time.