Phil Newland, Director of litigation funder LPF Group, is calling for the Government to hold a public inquiry into the conduct of large insurance companies on the back of an investigation published today by Newsroom, one of New Zealand’s leading independent news and current affairs websites.

“The Newsroom article (https://www.newsroom.co.nz/2018/10/14/271831/uk-qc-questions-fairness-and-bias-in-chief-justices-judgment) examines one particularly concerning example of how insurance companies use every trick to delay, deny and challenge anyone who might stand up to them irrespective of the substantive merits of the claim they are supposed to be insuring. This is a pattern of conduct we are all familiar with from insurers.

“The abusive behaviours and tactics adopted by insurance companies to try to escape liability are well overdue for a close examination. They have had a free run of it for too long.” said Mr Newland.

“Powerful Australian owned insurance companies, such as QBE and IAG Insurance, use their financial muscle to overwhelm, undermine, attack and challenge the validity of litigation financing as a way of funding a court action – leading to increased costs and delays. What they should be doing is looking at the merits of the claims and meeting their contractual obligations under the insurance policy.

“We’ve seen this with several high-profile cases we’ve funded, most recently with the attack on the funding arrangements in the Mainzeal case against Dame Jenny Shipley, Richard Yan and other former directors.

Mr Newland says “The majority of the people who are seeking to get compensation and accountability through insurance companies have suffered significant losses, and can’t afford litigation let alone lengthy court battles without help from funders such as LPF.

“In the Mainzeal case, QBE, the insurance company behind defendants Richard Yan, Dame Jenny Shipley and other directors, challenged the legitimacy of the litigation funding arrangement by relying on the now discredited judgement of Dame Sian Elias.  However, it is this third party funding which has enabled the thousands of unpaid creditors to take court action against those directors for reckless trading and breach of their duties as directors.

“The collapse of Mainzeal was one of the largest in New Zealand’s history and left creditors, many of whom were put into serious financial difficulty, out of pocket by over $117m.  This attack by QBE Insurance is typical conduct by a major insurer to avoid the actual merits of a case being heard in court.

“These insurance companies will use any means at their disposal to avoid accountability, and in doing so they obstruct ordinary New Zealanders from accessing justice. We believe that a wide-ranging inquiry into their behaviour and influence is long overdue, said Mr Newland.

“A Royal Commission of Inquiry is already underway in Australia where these companies are based – but their conduct in New Zealand is not part of what is being looked at.

Mr Newland adds “We’ve been fighting this battle for a long time. Last year we laid an official complaint with the Judicial Conduct Commissioner against the Chief Justice Dame Sian Elias with regard to her conduct in a case where she has financial interest in a related insurance company. We received an opinion from a senior English QC that questions her judgement and involvement”. 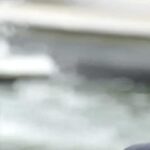