LOS ANGELES – A woman with a 40-year history of fraudulent conduct who used checks stolen from a woman in a West Hills nursing home to purchase hundreds of dollars in merchandise – a crime she committed while on supervised released in another federal fraud case – was sentenced today to 58 months in federal prison.

Carol Ejdowski, 66, a transient who had recently been residing in Beverly Hills, was sentenced by United States District Judge Dolly M Gee, who imposed a 37-month term for the current bank fraud case and a consecutive 21-month sentence because the offense was committed while Ejdowski was on supervised release.
When she defrauded the elderly victim, Ejdowski was serving a three-year period of supervised released after pleading guilty to passport fraud related to a credit card scam, serving a 63-month federal prison term and being released in late 2012. 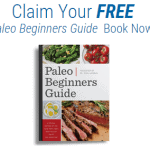 In sentencing Ejdowski, Judge Gee said “the facts of this case are particularly despicable.” Pointing to the defendant’s multiple prior convictions for fraud, grand theft and perjury, Judge Gee called Ejdowski “a recidivist of the highest order” who had “shown her disrespect for the law repeatedly.”
Ejdowski pleaded guilty in September 2014 to one count of bank fraud, admitting that she stole checks from the victim that she used to purchase merchandise at Costco and Walmart. Ejdowski was originally scheduled to be sentenced on April 29, but she failed to appear for that hearing and was a fugitive until she was arrested and incarcerated in August.
While Ejdowski admitted in court that she used stolen checks, prosecutors argued that she also used the victim’s credit cards in a scheme that cause $1,925 in losses.
“This case demonstrates the Department of Justice’s commitment to prosecuting those who prey upon the most vulnerable in our community,” said United States Attorney Eileen M. Decker. “Standing alone, the monetary loss in this case did not adequately reflect the gravity of defendant’s crime, but today’s significant sentence should send a message to all those who would seek to victimize the vulnerable.”
Although the low loss amount was low, prosecutors wrote in a sentencing memo that Ejdowski’s “criminal conduct was particularly deplorable because it targeted a defenseless, 70-year-old, half-paralyzed woman who was living by herself in a nursing home/rehab facility.”
In a sentencing memorandum, prosecutors detailed Ejdowski’s history of fraud offenses, with convictions going back to the 1970s.
The latest fraud case against Ejdowski was the result of an investigation by the Federal Bureau of Investigation.