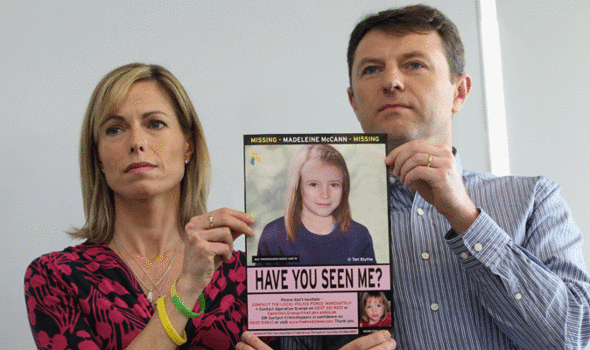 The ongoing search for missing British girl Madeleine McCann has created friction between British and Portugese authorities following the announcement from British police that they want to actively investigate the case of Madeleine’s disappearance in May 2007.

The British police say they have identified 38 suspects in EUrope, but Portugese Attorney General Joana Marques Vidal says no request from the British police has been received in respected of any International letter of Request and accordingly they have no right to undertake any investigations in Portugal.

Scotland Yard launched a review of the case, funded by the Home Office in 2011, after the inquiry into Madeline’s disappearance was shelved in 2008 and Portugese authorities refused to reopen it, saying there was no new evidence.

Portugal’s detective unit, the Policia Judiciaria, said its officers would assist the British inquiry, but added they would effectively work to rule – only carrying out their duties to the letter of the law.

Pedro do Carmo, deputy national director of the unit, told the Daily Mail: “We are available to co-operate with the British authorities but only under terms of Portuguese law and within the time period allowed under Portuguese law.

Inspector Andy Redwood, who is leading the inquiry, said he believes there is a possibility that Madeline is still alive.

Prime Minister David Cameron has welcomed the Scotland Yard inquiry, and said: “It is welcome because they say that there is new evidence, new leads to follow, new things to be done.

Inspector Redwood has promised the Scotland Yard inquiry would have “teeth” and his promises have been backed by the Prime Minister David Cameron who welcomed the review of the Madeleine McCann file.

“It is welcome because they say that there is new evidence, new leads to follow, new things to be done,” said the Prime Minister.

“It was a case that did shock and still shocks the nation and if an answer can be found we should try and find it.”

The Scotlant Yard review of the case, which has been code-named Operation Grange, was launched two years ago after Madeleine’s parents, Gerry and Kate McCann,  appealed to PM Mr Cameron for help.

While detectives would not be drawn yesterday on any potential timetable for possible arrests, it is believed action could be taken before the end of the summer.