A student who once sought to be president of the Cambridge Union and was an Allen & Overy trainee solicitor has been sacked over an article he wrote that reportedly plagiarised a Financial Times article.

Sachin Parathalingham had written an article for The Tab which was a substantial copy of an FT article leading to his immediate sacking. 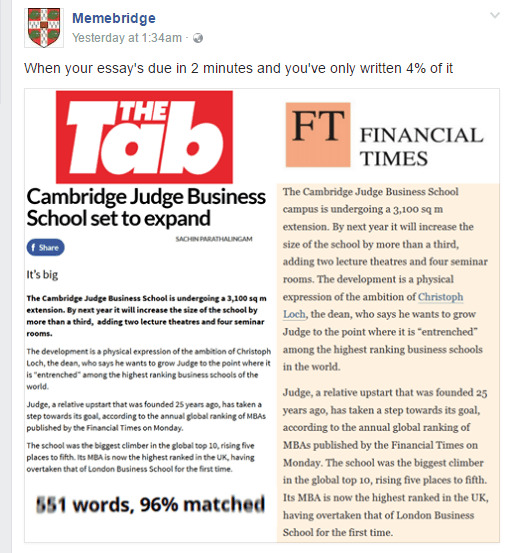 The Tab’s Facebook page showed the ‘match’ between the article and the FT piece.

His LinkedIn profile shows his background and work, including as an Allen & Overy trainee.

Legal Cheek reported that the sacking came immediately, after they carried out their own checks on the article using Google’s cache.

No  comment was received from either the ‘author’ or Allen & Overy.