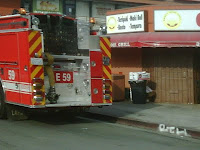 According to the California Highway Patrol Officer Tom Maguire, the accident occurred at approximately 4:50 p.m. in the vicinity of Jones Road traveling toward Treat Boulevard, when the 1997 Chevrolet 1500 pickup he was driving swerved. The pickup truck then crashed through a construction fence striking a pile of wooden pallets.

The man that was fatally injured according to the California Highway Patrol officer was wearing a seat belt at the time of the crash and was unconscious, with his foot pressing the gas pedal when the authorities and emergency responders arrived at the scene of the crash.

The 60 year old man was transported to John Muir Medical Center where he later died, it has been reported that the injuries sustained in the truck accident might not have been fatal, and that his death was most likely caused by another reason. Truck accident attorneys will be watching this story closely.