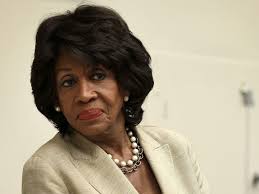 LOS ANGELES – A San Pedro man who called the Washington, D.C. office of United States Representative Maxine Waters and threatened to kill the congresswoman pleaded guilty today to a federal felony offense stemming from the threat.

Lloyd entered the guilty before United States District Judge Stephen V. Wilson, who scheduled a sentencing hearing for July 16. At the time of sentencing, Lloyd will face a statutory maximum sentence of 10 years in federal prison.

According to a plea agreement filed in this case, Lloyd called Rep. Waters’ office on October 22, 2017 and left a voicemail laced with expletives and epithets. The message used the words “dead” and “kill” a total of four times.

Lloyd admitted in the plea agreement that he “left this recorded message with the intent to impede, intimidate, interfere with, and retaliate against Congresswoman Waters, while she was engaged in and on account of the performance of her official duties.”

This case is being prosecuted by Assistant United States Attorney Jake Nare of the General Crimes Section.