Preet Bharara, United States Attorney for the Southern District of New York, and Philip R. Bartlett, the Inspector-in-Charge of the New York Office of the U.S. Postal Inspection Service (“USPIS”), announced today the arrest of KRIS SERGENTAKIS for retaliating against a witness and stalking.  The Complaint alleges that SERGENTAKIS has engaged in a scheme to retaliate against, stalk, and harass an individual (“Victim-1”) who previously provided law enforcement with information relating to SERGENTAKIS’s commission of federal offenses, for which SERGENTAKIS was previously convicted and served a federal prison sentence.  SERGENTAKIS was arrested this morning in Pennsylvania and is expected to be presented today in federal court in Allentown, Pennsylvania, before a United States Magistrate Judge.

Manhattan U.S. Attorney Bharara said:  “As alleged, after Kris Sergentakis was reported for engaging in kickbacks, convicted, and sentenced to a prison term, he began a campaign of retaliation and stalking in an effort to destroy the life of the former colleague who exposed his criminal conduct.  There will be zero tolerance from this Office and our law enforcement partners for witness intimidation and harassment.  The criminal justice system relies on witnesses, and they should not suffer for being good citizens who come forward to ensure justice is done.”

USPIS Inspector-in-Charge Bartlett said:  “Sergentakis viciously and knowingly attempted to destroy his victim’s reputation and livelihood through letters, emails, and the internet.  Law enforcement has a responsibility to protect witnesses against intimidation and will bring to justice anyone who engages in these types of slanderous attacks.”

According to the Complaint unsealed today in White Plains federal court:

SERGENTAKIS was formerly employed in the graphics department of The Leukemia and Lymphoma Society (“LLS”), a charitable non-profit organization that funds cancer research and is headquartered in White Plains.  In 2006, SERGENTAKIS pled guilty in Manhattan federal court to commercial bribery and mail fraud charges arising out of his participation in a kickback scheme in which he allocated certain of LLS’s printing contracts to certain vendors in return for payments from the vendors.  During the course of that investigation and prosecution, Victim-1, who was LLS’s Chief Financial Officer at the time and subsequently became its Chief Executive Officer, provided information to law enforcement relating to SERGENTAKIS’s conduct at LLS and his violations of federal law.

From at least 2007 to the present, SERGENTAKIS has harassed and threatened Victim-1 through letters, emails, and the Internet.  SERGENTAKIS began by sending multiple letters to Victim-1 and other current and former employees at LLS.  For example, in 2007, SERGENTAKIS sent a letter to Victim-1 stating, in part, that “[e]very person on the planet will know that you are a dangerous child molester,” and “I’ll be everywhere you are warning people.”  SERGENTAKIS’s letter to Victim-1 further stated that “when I am released I will be outside where you live, work, eat, whatever;” “I will never give up;” and “[a]s long as I live this will never end.”  The letter concluded with:  “This hasn’t even started yet.”

In 2010, shortly after being released from prison, SERGENTAKIS created a website (the “Website”) containing harassing and threatening content regarding Victim-1.  On at least two occasions, Internet service providers stopped hosting the Website because of its content, but SERGENTAKIS responded by relaunching the Website with a different service provider.  Between 2010 and the present, the Website’s content included, among many other things, the following:

SERGENTAKIS also created a Facebook account on which he posted harassing and threatening content regarding Victim-1.  For example, in September 2014, the Facebook account showed a photograph of Victim-1 with the word “CRIMINAL” imposed in all capital letters across the bottom and, in August 2014, SERGENTAKIS posted a comment on the account stating:  “I am thinking of running a promotion.  What do you prefer a coffee mug or t shirt?” Above this comment was a photograph of a coffee mug bearing the web address of the Website, an image of Victim-1 behind prison bars, and the words “[Victim-1] CEO LLS.”  In addition, SERGENTAKIS posted links to and advertisements for the Website on various other websites, including search engine websites, social media websites, news websites, and blogs.

SERGENTAKIS, 54, of Bangor, Pennsylvania, is charged with one count of retaliating against a witness or informant, which carries a maximum sentence of 10 years in prison, and one count of stalking, which carries a maximum sentence of five years in prison.  The maximum potential sentences in this case are prescribed by Congress and are provided here for informational purposes only, as any sentencing of the defendant will be determined by a judge.

Mr. Bharara thanked and praised the USPIS for its outstanding work in this investigation.

This case is being handled by the Office’s White Plains Division.  Assistant United States Attorney George D. Turner is in charge of the prosecution. 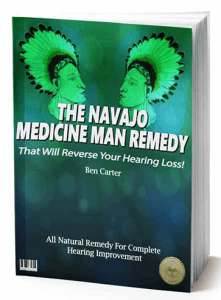