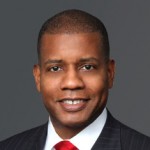 Washington, DC, 10 September 2013 – LawFuel Law Firm Newswire Service –  Mayer Brown, a leading global law firm, announced today that Marcus Christian has joined the firm in Washington, DC as a partner in its Litigation & Dispute Resolution practice and White Collar Defense & Compliance group. Previously, he was the Executive Assistant United States Attorney at the US Attorney’s Office for the Southern District of Florida, the third-highest ranking position in one of America’s largest and busiest offices of federal prosecutors. In this role, Mr. Christian worked on the senior management team with responsibility for the Criminal, Civil, Appellate, Asset Forfeiture and Administrative Divisions.

During Mr. Christian’s career with Southern Florida’s US Attorney’s Office, he held several roles, including serving as a deputy chief in the Major Crimes Section where he trained and supervised AUSAs, led the Identify Theft and Economic Crimes Task Force and oversaw financial investigations. As an AUSA, he prosecuted cases involving money laundering, healthcare fraud, mail fraud, wire fraud, national security issues and other matters.

“The insights Marcus gained during his tenure at the US Attorney’s Office will enable him to help clients successfully navigate the ever-changing white collar defense and compliance space,” said Michael Lackey, partner-in-charge of Mayer Brown’s Washington, DC office. “Among other strengths, his extensive False Claims Act experience will complement our existing capabilities in this area of the law.”

Mr. Christian is the second former AUSA to join the firm’s White Collar Defense & Compliance group this year. He follows Michael Martinez, a former AUSA for the District of New Jersey, who joined the firm’s New York office in April.
[wp_ad_camp_1]
“I was drawn to Mayer Brown by the strength of the firm’s litigation department, including its vibrant white collar practice, its wealth of legal experience and talent and its reputation for excellent client service,” Mr. Christian said. “After nearly two decades of public service, I look forward to working alongside the group’s gifted attorneys around the globe and to helping to expand the team’s world-renowned litigation practice.”

Prior to joining the US Attorney’s Office, Mr. Christian was the Chief of Staff for US Representative Peter Deutsch of Florida’s 20th Congressional District. He joined the congressman after working for TSIC, Inc., a statewide nonprofit organization that provides full-tuition, four-year college scholarships to thousands of Florida’s low-income students. At TSIC, Mr. Christian served as chief operating officer and legal counsel and later as president.

Mr. Christian is an active member of his community. He has been a member of Leadership Florida for more than a decade, participated in activities of the 5000 Role Models of Excellence Project and has volunteered with a nonprofit organization that provides educational enrichment services to minority and low- income students. Additionally, he serves on WLRN Public Radio & Television’s Community Advisory Board. During Mr. Christian’s tenure as Vice-Chair, WLRN has won three national Edward R. Murrow Awards in 2013, including one for National Network Radio Investigative Reporting.

Mr. Christian earned a JD from Yale Law School and an M.Sc. from Oxford University, where he was a Rhodes Scholar. He was inducted into Phi Beta Kappa at Williams College.