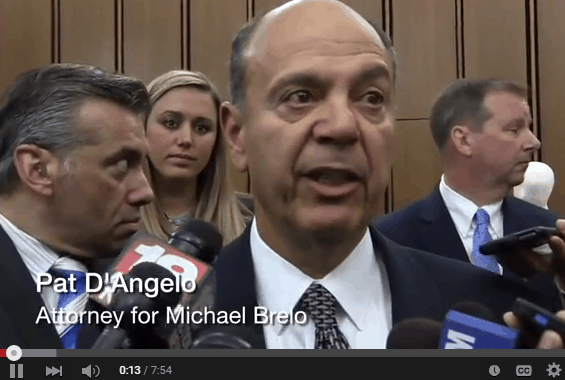 The attorney for the acquitted Cleveland police officer, Pat D’Angelo, says that the decision was absolutely correct. Mr D’Angelo angrily denounced “so called civil rights lawyers” who had never brought a case to a verdict, saying the case had seen top level lawyering in the face of “ruthless prosecution”.

In a statement, D’Angelo said “the prosecution in this case spared no expense and was in fact ruthless but notwithstanding that we fought tooth and nail as you saw in this courtroom,” said defense attorney Patrick D’Angelo. “It was classically a case of David and Goliath.”

He said that the two deaths of the individuals who led police on a 29-minute chase that ended in a fusillade of bullets in a middle school parking lot, is tragic, but was not Michael Brelo’s fault.

“At the end of the day, that tragedy was brought about by conscious decision-making and lifestyles that those two individuals, irrespective of their mental states, voluntarily took throughout their adult lives.”

“The fight for civil rights should not be premised on the color of one’s skin.”

Cleveland police say more than a dozen arrests have been made at one location during protests Saturday night over the acquittal of a patrolman charged in the deaths of two unarmed black suspects after a high-speed chase.

Deputy police chief Wayne Drummond says the protesters were arrested for failing to disperse from an alley in the city’s Warehouse District on downtown’s west side.

Dozens of Cleveland police officers and state highway patrol troopers lined the alley, with some protesters standing and argued with police by the alley for several minutes.

Several other people were arrested downtown during protests, with police posting on Twitter shortly before 9:30 p.m. Saturday night that officers had made multiple arrests.

Police could be heard at a variety of locations telling protesters to disperse or be arrested.

Cleveland police officials say officers have made multiple arrests during protests Saturday night over the acquittal of a patrolman charged in the deaths of two unarmed suspects after a high-speed chase.

Police posted on Twitter shortly before 9:30 p.m. Saturday that officers had made multiple arrests. The department also posted that three people had been arrested on aggravated rioting and other charges after a restaurant patron in a downtown dining area was injured when an object was thrown through a window.

A large contingent of officers dressed in riot gear began making arrests during confrontations with people who refused to leave the area. Protests in Cleveland over the acquittal of patrolman Michael Brelo had been peaceful until Saturday evening.

Cleveland police also posted on Twitter that officers are responding to reports that members of a large crowd have been using pepper spray on random citizens.

As protests continue, few arrests among the angry but peaceful demonstrators are being reported following a judge’s acquittal of a white police officer in the deaths of two unarmed black suspects.

Cleveland police are tweeting they arrested one male for assault. They say he threw an object through a window injuring a restaurant patron.

The Northeast Ohio Media Group (http://bit.ly/1HCVfl6 ) says three people were arrested near Quicken Loans Arena, and officers showed protesters cans of pepper spray as they approached those being arrested.

Some police are wearing riot gear.

About 150 protesters are marching down the middle of downtown Cleveland streets, temporarily blocking intersections as they chant anti-police slogans after a judge acquitted a white police officer of charges in the deaths of two unarmed black suspects.

The protesters passed by large crowds leaving a Cleveland Indians game against the Cincinnati Reds and made downtown vehicle and pedestrian traffic even more congested.

Sports fans are standing at street corners taking cellphone pictures of the protesters as they march behind a large banner that said “Stop murder by police.”

Some residents of Cleveland are looking ahead to what could be the next big moment in tensions with police: a decision on whether to charge a white officer in the killing of a 12-year-old black boy.

About 200 people have pulled up stakes after gathering Saturday afternoon at a recreation center Tamir Rice was killed six months ago. They spoke in angry tones but the gathering remained peaceful. Chants of “No justice, no peace” rang out.

Authorities are wrapping up an investigation into the shooting of the boy, who was carrying a pellet gun.

Prosecutors can charge the officer, present evidence for an indictment or rule it justified and not pursue criminal charges.

A court official says the decision to announce the verdict on a holiday weekend wasn’t made lightly.

Administrative county Judge John J. Russo says in a statement that court administrators and local law enforcement agreed that by announcing the verdict Saturday morning, the potential for downtown traffic issues and any resulting impacts could be lessened.

Russo says the main consideration was to not delay the verdict longer than necessary.

He says that “while the wait was difficult for many, it was especially hard on the parties involved in the case and their families.”

He has asked at a news briefing that parents keep their children close and make sure they know where they are. He also is asking city residents to be patient in traffic disrupted by protesters

He says the city will not tolerate any violence but is trying to ensure people can exercise their right to protest.

Cleveland Cavaliers superstar LeBron James is not commenting directly on the acquittal, but he is expressing hope the city will remain calm.

He tells reporters that “violence is not the answer, and it’s all about trying to find a solution, for good or for bad.”

Saturday afternoon, neighbors are coming out of storefronts and standing on porches to watch dozens of marchers pass by, almost like a parade.

The protesters are marching about 4 miles from the downtown courthouse to a recreation center where 12-year-old Tamir (tah-MEER’) Rice was shot and killed by a police officer six months ago.

Dozens of officers in police cars and on horseback and motorcycles are following the group while rerouting and blocking traffic. 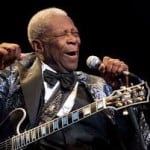