You are here: Home / Latest News / Mid-Level Associates Happier than Ever – Except the Ladies 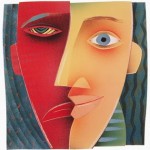 The American Lawyer midlevel associate survey saw those associates at third-to-five years giving their firms the best composite scores the survey has seen in a decade.  But the women are less than happy.

While law jobs have declined and the profession has seen major challenges in the wake of the GFC, those who have retained their jobs have been happy to do so and happier still to be receiving bonuses. As some firms have crumbled or at least shrunk, they have survived and, mostly, prospered.
[wp_ad_camp_2]
However the survey indicated that gender differences showed women are considerably less happy with their jobs than men.

The survey shows that there has been a rebound for the profession, where the associates were asked to grade firms on a scale of 1 to 5, with 5 being highest. The average composite score from the 134 firms surveyed showed a jump from the 211 average of 3.7 right up to the heady heights of 4.04.

But for the women there remains uncertainty as to how they fit into the big law picture and over one-third did not know what they would be doing in five years time.

The men, the survey found, gave higher scores in just about every category and also expressed a higher desire to become partner, compared to women who were uncertain about partnership, let alone their future.