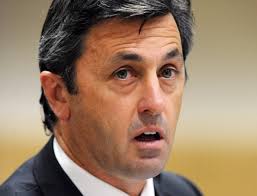 Leading QC Michael Heron is once again rising in LawFuel’s “Power List” with a career spanning success in private and public practice after relinquising one of New Zealand’s most senior legal roles in 2005 to return to a career as a leading barrister and legal entrepreneur.  He spoke with Sasha Borrisenko about his career.

There was never any striking reason as to why Mike Heron QC decided to pursue a career in law. Hailing from Wellington, his father was a commercial litigator and then a judge, and because Mike wasn’t particularly good at science, a degree in law and commerce seemed appropriate.

“I suppose I grew up in legal-orientated family. There were stimulating discussions at the kitchen table. And I would often visit my dad at his office, see him in court and would interact with lots of lawyers and judges, and so I guess someone in the family was probably going to continue with law.”

His career has certainly been prosperous, though. After graduating from Victoria University, he set his sights on an honours degree in law at Cambridge University, before setting up camp at Allen and Overy in 1991 to work in the London and Tokyo offices.

Back in New Zealand, Mike was made partner at Meredith Connell in 2000, then partner at Russell McVeagh in 2007, before being appointed as Solicitor General in 2012.

It’s the people he’s met along the way that’s been the most rewarding part of his successful career, he says.

“Also, for me, it’s the complexity of the law, and you have a sense of helping people and being of service. I guess of course you also get paid pretty well, which is a plus.”

But it was the public scrutiny that came with being Solicitor General that Mike found difficult, he says.

“Public or personal attacks and criticisms are quite hard to take. There’s a sense of unfairness and powerlessness.”

It was also sad that his father wasn’t alive to see some of Mike’s successes. “My dad would have been proud when I made QC, and when I took up the position as Solicitor General. But worse, it’s sad that he never got to get know my children.”

It’s his love of family that led to his decision to resign in 2016. Having a young family at they time, they grew tired of Mike’s commute to Wellington from Auckland.

“I said I’d take the job for a minimum of three years. I didn’t realise how hard the commute would be on my family.

It was the little things like having to drop my son at the bus stop while en route to the airport and he’d ask whether I’d be home that night. You couldn’t deny his disappointment. I admire those who can do it and make it work but it’s a great sacrifice.”

It was hard to let the job go, he says.

“I got to do the most fascinating work I’ve ever done. Most of the interesting stuff I’m unauthorised to talk about but it’s so intriguing to see how New Zealand plays a part on the global stage in security and intelligence issues.”

And it was remarkable to work alongside such vibrant and personalities that the Government had to offer, he says.

“You get to know each of the politicians on a personal level. It’s a hell of a sacrifice to do what they do. I really admire their sense of commitment to New Zealand. Chris Finlayson is just a fascinating and highly intellectual person. Amy Adams and Judith Collins are very smart and devoted individuals, and I particularly admire John Key and Bill English for their ability to make difficult and tricky calls. They all work so blimmin’ hard. All the travel, the late nights, and the endless scrutiny from the media. You don’t realise their struggles until you get a bit of a flavour for it.”

He recalls the public scrutiny over the Kim Dotcom saga, for example. “Sure some of it was fair, we didn’t do as well as we could have.

“We could have had better legal advice earlier on in the piece, and fewer people wearing so many hats. We did however do a good job, in my opinion.”

Now, back in Auckland, Mike was appointed to the prestigious position of Queen’s Counsel in last year. “I’m doing all sorts of interesting work, and we’ve just kicked off an online dispute resolution service that attempts to provide people with low-cost independent service.”

Access to justice has always been an issue Mike’s wanted to tackle.

“It’s terrible that some people can’t afford to resolve disputes in the courts. I guess the platform has a Michael Joseph Savage flavour to it. Access to justice is a real issue so I thought I’d give this a go, and one year in and we’re getting there.”

In August, CODR had its first case run right through the arbitration process to resolution in a case that involved a relationship property issue that cost the parties $10,000 rather than the $100,000 that was the more likely cost in the Family Court.

It also involved the parties’ in a two-hour process rather than the potential of two years’ it could have taken if proceeded through the courts.

It is that sort of success that Mike Heron wants to replicate with CODR, even globally given the broadly similar arbitration processes in different jurisdictions.

He also wants to develop the process further using artificial intelligence, working with the University of Auckland and IBM to further develop the power of CODR to create success, online dispute resolution processes.

In terms of other work, while he’s no rugby aficionado personally, he’s been doing rugby related matters since the early 2000s and that’s definitely something he’s enjoyed since returning to Auckland.

“I’ve always loved rugby and cricket…but I’m a terrible player. Rugby is interesting as it’s perceived as being integral to New Zealand identity but historically I’d say it’s slightly overvalued. It’s great to see other sports included both genders getting a little more traction. We’re a great sporting country but rugby is just one part of what we have to offer.”

So how does Mike Heron do it? “It’s a constant juggle. I’m so lucky I’ve got an amazing wife who looks after the home base and you just have to do what you can. It’s so important to work with bloody good people, it’s important to manage together.”

Sasha Borissenko is a lawyer and writer, currently with Newsroom.co.nz but who has also written for publications as diverse as LawTalk,  Vice and many other publications and been communications advisor to Simpson Grierson.