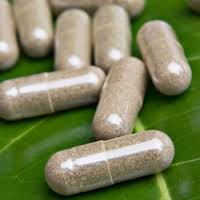 LawFuel.com – Pills Sold Throughout the United States Contained an Undisclosed Prescription Drug Banned By the National Football League Preet Bharara, the United States Attorney for the Southern District of New York, and Mark Dragonetti, Special Agent in Charge of the New York Field Office of the United States Food and Drug Administration (“FDA”) Office of Criminal Investigations (“OCI”), announced that BALANCED HEALTH PRODUCTS (“BHP”), the United States distributor of “StarCaps” weight-loss pills, and its sole owner, NIKKI HASKELL, pled guilty today to distributing misbranded pills which failed to list Bumetanide, a prescription drug, as an ingredient. BHP and HASKELL pled guilty before United States Magistrate Court Judge Sarah Netburn.
Manhattan U.S. Attorney Preet Bharara said: “For years, Nikki Haskell and Balanced
Health Products distributed weight-loss pills throughout the United States that they sold as ‘allnatural’
when in fact the pills contained a prescription drug banned by the National Football
League and other major sports organizations. Consumers are entitled to know, when they buy a
product, what they are putting in their bodies. With today’s pleas, the defendants begin to face
the consequences of their unlawful conduct.”
FDA-OCI Special Agent in Charge Mark Dragonetti said: “The FDA Office of Criminal
Investigations is fully committed to investigating and supporting the prosecution of those who
may endanger the public’s health and safety by manufacturing and selling unsafe products. We
will continue to aggressively pursue manufacturers, distributors and other responsible persons
who fail to protect consumers from harmful products and we commend the United States
Attorney’s Office for their prosecution of this matter.”
2
According to the Information filed today, and statements made in Court:
The FDA is a federal agency responsible for enforcing the provisions of the Federal
Food, Drug, and Cosmetic Act, Title 21, United States Code, Section 301, et seq. The FDA’s
responsibilities include, among other things, ensuring the safety, efficacy, and accurate labeling
of prescription and non-prescription drugs shipped, delivered, and received in interstate
commerce.
From at least in or about November 2006 through December 2008, BHP was a Delaware
corporation headquartered in New York, New York. BHP’s primary business was the
distribution across the United States of a purportedly all-natural weight-loss pill known as Nikki
Haskell’s StarCaps (“StarCaps”). At all times, HASKELL was the President and Chief
Executive Officer of BHP and resided in New York, New York.
As alleged, according to its product label, StarCaps contained only all-natural
ingredients including, for example, papaya extract. In truth and fact, however, while not
reflected on its label, from at least approximately November 2006 through approximately
December 2008, StarCaps also contained a prescription drug, Bumetanide, a diuretic drug used
clinically to treat heart failure, acute renal failure, high blood pressure, and edema, and available
in the United States only by prescription issued by a licensed physician.
In addition to being available only by prescription, Bumetanide was banned by
certain professional sports organizations including the National Football League (“NFL”).
Among other things, Bumetanide was banned by the NFL because it can be used to mask the
presence in the human body of steroids and other banned doping agents.
* * *
HASKELL, 72, of New York, New York, pled guilty to one count of misbranding, a
misdemeanor which carries a maximum term of one year in prison, a maximum term of
supervised release of one year, and a maximum fine of $100,000. BHP pled guilty to one count
of misbranding, a misdemeanor which carries a maximum fine of $200,000 or twice the gross
pecuniary gain derived from the offense. Both defendants are scheduled to be sentenced before
U.S. Magistrate Court Judge Netburn on June 30, 2014. The maximum potential sentences are
prescribed by Congress and are provided here for informational purposes only, as any sentencing
of the defendants will be determined by the judge.
Mr. Bharara praised the outstanding investigative work of the FDA.
The case is being prosecuted by the Office’s Complex Frauds Unit. Assistant U.S.
Attorney Robin W. Morey is in charge of the prosecution.
14-088 ### 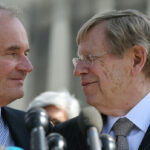