Chicago, 23 January 2017 – Mayer Brown announced today that Mitchell Holzrichter has rejoined the firm as a partner in the Government practice and global Infrastructure group in Chicago. He comes to Mayer Brown from Illinois Governor Bruce Rauner’s office, where he served as deputy chief of staff for legislative affairs and special counsel after serving as deputy general counsel. Previously, Mr. Holzrichter was a lawyer in the firm’s Government practice and global Infrastructure group from 2008 to early 2015.

“Mitch has an excellent track record of advising both the public and private sector on complex government transactions, particularly in the infrastructure and gaming industries,” said John Janicik, co-leader of Mayer Brown’s Government practice. “His time serving in senior leadership roles at the State of Illinois and knowledge of legislative processes will be invaluable to companies that are heavily regulated or licensed by the government, such as private investment funds, financial institutions, government contractors, utility companies and gaming operators.”

“It was an easy decision for me to rejoin Mayer Brown, a world-class law firm with an exceptional Government practice and Infrastructure group, superior capabilities in the hospitality and leisure sectors, and a collaborative culture,” said Mr. Holzrichter. “I look forward to leveraging my experience as a senior public official to help clients on all sides of the table in navigating sophisticated infrastructure projects, compliance with government ethics, disclosure and campaign finance laws, and gaming and legislation-related legal matters.”

Rebecca Eisner, partner-in-charge of Mayer Brown’s Chicago office, said, “Mitch’s arrival further strengthens the firm’s existing exceptional ability to serve clients in Chicago and around the world on complex regulatory and government relations matters, particularly at this time when we expect to see sweeping changes in both federal and state policies and laws.”

Mr. Holzrichter earned his JD from The University of Michigan Law School and his BA from Northwestern University.

Mayer Brown is a global legal services organization advising clients across the Americas, Asia, Europe and the Middle East. Our presence in the world’s leading markets enables us to offer clients access to local market knowledge combined with global reach. We are noted for our commitment to client service and our ability to assist clients with their most complex and demanding legal and business challenges worldwide. We serve many of the world’s largest companies, including a significant proportion of the Fortune 100, FTSE 100, CAC 40, DAX, Hang Seng and Nikkei index companies and more than half of the world’s largest banks. We provide legal services in areas such as: banking and finance; corporate and securities; litigation, arbitration, and other dispute resolution; antitrust and competition; US Supreme Court and appellate; employment and benefits; environmental; financial services regulatory and enforcement; government and global trade; intellectual property; real estate; tax; restructuring, bankruptcy and insolvency; and wealth management. 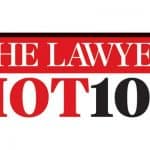