SINGAPORE (December 8, 2014) – Morrison & Foerster is advising Global Logistic Properties Limited (GLP), the leading provider of modern logistics facilities in China, Japan and Brazil, in a co-investment with an affiliate of Singapore sovereign wealth fund GIC Pte. Ltd. to buy one of the largest logistics real estate portfolios in the United States from the Blackstone Group. The US$8.1 billion deal marks GLP’s first foray into the U.S. market. As detailed in GLP’s press release, the transaction is expected to be completed in the first quarter of 2015.

Morrison & Foerster opened its Singapore office, the firm’s fifth in Asia, early last year to support clients’ deepening commitments to South and Southeast Asia. Since that opening, the firm has worked on a number of major cross-border transactions originating in Singapore. In addition, Morrison & Foerster has the leading real estate practice in Asia with over 25 full time dedicated real estate attorneys resident across the firm’s five Asian offices. 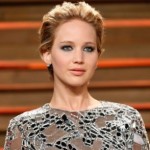 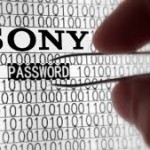