Morrison Kent has been the latest New Zealand law firm to face Law Society complaints over an incident occurring at the firm’s 2019 Christmas Party that was allegedly offensive and racist.

The firm said there were “isolated instances” where behaviour has fell short of expected standards and that steps were being taken to ensure that such incidents did not reoccur.

An NZ Herald article from Sasha Borissenko, who broke the original story about Russell McVeagh’s sexual abuse claims relates a story about the firm’s Wellington Christmas party when a toast was made to one of the woman solicitors –

“The next award goes to Jess* [not her real name] they said, “for being the most diverse partner of the firm”.

One of the women giving the presentation was promoted and [Jess] was made redundant among six others during the first Covid lockdown.  The report indicates that the law firm received half a million dollars in the wage subsidy. 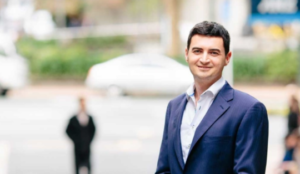 Comments were also allegedly made by then de facto managing partner Jamie Nunns, (left) which have been the subject of complaint and a firm-wide email that went out following the speech from the women indicating that it was inappropriate.

At the end of the speech the women said they considered whether or not they had crossed some lines in the speech, but then “we realised that Jamie would never let anyone get rid of us ‘cos it takes too much time to beat the stupid out of someone”.

Firm chair Richard Caughley responsed to a Herald request for details about the alleged incidents, saying “We care deeply about our people and about creating a positive, safe and enjoyable workplace that develops and supports the careers of all people equally.”

The law firm was conducting firm-wide reviews regarding harassing and offensive behaviour that had been isolated incidents that had occurred previously.

According to Herald sources and social media posts, there was favouritism towards those who billed the most, hardly something unusual in any law firm.

Nunns, a well known property lawyer in Wellington with a substantial property practice,  in comparison billed $488,250, but partners generally source work for people in their team to complete on their behalf. He brought in work to the total value of $3,024,744, meaning the two women’s work made up almost 17 per cent of his total budget, a social media post indicated.

Sources claim the women were part of a separate and exclusive email group including Nunns. This team would be commonly described as his “harem”, or the Jamie Nunnpire, sources claimed.

Nunns, the two women, and one other were known as the “Golden Triangle”.

The Aotearoa Legal Workers Union have expressed their concern about the matter, saying New Zealand law firms have a long way to go to improve their position.

“This story and the others that have broken since 2018 show that the legal profession has a long way to go. A band-aid PR campaign or a brand refresh clearly do not fix systemic problems that sadly run deep in the profession,” said ALWU Co-President Tess Upperton.

“The reports of “astronomical hours” and excessive billing targets up to 7 hours a day are particularly troubling,” Upperton says. “ALWU’s 2020 Employment Information Survey found that 70% of respondents were under pressure to meet targets. This culture creates stress and burnout, as well as exacerbating the power differential between employer and worker. ALWU also reminds Morrison Kent and partner Jamie Nunns that there is another word for forcing staff to resign for failures to meet billing targets: constructive dismissal.”

The firm has also not repaid its COVID-19 wage subsidy despite billing 98% of its target for 2020. Upperton says, “While both support staff and lawyers were fearing for their jobs and seven workers were made redundant, we see Morrison Kent receiving half a million dollars from the government. Then the firm has a very successful financial year and doesn’t repay the subsidy. The numbers just don’t add up”.

In terms of real change, Upperton points to Dame Margaret Bazley’s 2018 report and its recommendations. “There are concrete and real steps firms can take to protect employees and help them to thrive at work. Compulsory training in cultural competency and management, capability and behaviour assessment before promotion, and overtime and TOIL policies are just some examples of ways legal workplaces can improve for all workers”.