Specialist corporate and commercial law firm Morrison Mallett has announced the appointment of Victoria Anderson as partner based in Auckland effective 1 February 2021.

Anderson is a leading corporate law and M&A specialist and has advised on some of New Zealand’s largest transactions in recent times, including the acquisition of Westland Milk Co-operative Dairy Company by Inner Mongolia Yili in 2019. She has advised a wide range of clients, from privately held family businesses to large corporates, on all aspects of corporate transactions.

“Morrison Mallett is delighted to welcome a corporate and commercial lawyer of Victoria’s calibre and expertise to the partnership. Her appointment broadens the firm’s depth of expertise in both the M&A and insolvency practice areas and continues the firm’s recent growth in the Auckland market”.

Anderson joined the firm’s Auckland office in October 2020, having previously worked at a top tier national firm for several years. She has extensive experience in mergers and acquisitions, with a focus on in-bound investment into New Zealand and the primary industries. She is experienced in insolvency and has advised on a number of significant distressed asset sales, administrations and receiverships. In addition to her corporate transactional practice, she undertakes a range of work on commercial projects including in the agriculture, forestry and water sectors.powered by Rubicon Project

In other appointments, Lance Green will join Morrison Mallett as a Senior Solicitor in the firm’s commercial litigation team in March 2021. Lance is a highly regarded litigator, having previously worked for two years as a judge’s clerk and then completed the prestigious three-year junior barristers programme at Shortland Chambers working with many of New Zealand’s top barristers.

Ella Welch has also joined the Auckland office as a graduate in the corporate/commercial team, commencing in January 2021.

Morrison Mallett was launched in 2013 as a specialist corporate and commercial firm. It acts for a wide variety of clients from start-ups to some of New Zealand’s leading corporate entities, as well as international organisations and private equity funds that hold investments in New Zealand.

The firm advises on all aspects of corporate, commercial and securities law with a particular expertise in the primary, technology, energy sectors and water infrastructure projects. In 2017, Michael Morrison and Ben Morrison joined with the expansion of a new Auckland office and added corporate litigation and commercial property to the firm’s areas of practice. 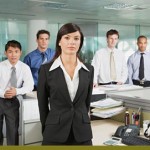