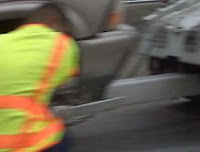 According to reports by Los Angeles personal injury lawyers, a Sig Alert was enacted following a motorcycle accident on the 91 Freeway.

It is reported that the accident occurred in the Anaheim area in the vicinity of Lemon Street and East Street and the SigAlert was called at approximately 7:00 a.m.

According to California Highway Patrol Officer Denise Quesada the accident occurred in the eastbound lanes and included a motorcycle and three cars.

The only report of injuries this far is that the rider of the motorcycle was transported to Anaheim Memorial Hospital for treatment.

There have been no identities release and the cause of the accident has not been released, the left lane and the carpool lane eastbound were closed until approximately 7:15 a.m. while authorities cleared the lanes after the accident.