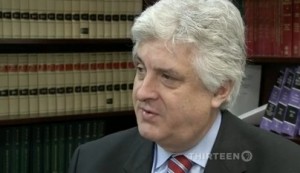 Jay Fahy, a lawyer who was an MSNBC legal analyst died of self-inflicted gunshot wounds near his New Jersey Office, according to reports.

It was confirmed that he died of what the Bergen County Prosecutor said were “a single gunshot wound to the head, fired with a handgun”.
Two men walking under a railroad trestle near the Castle Billiards Lounge found Fahy’s body around 5 o’clock tonight, barely 1,000 feet from his Route 17 office and down the street from his Ridge Road home, the County Prosecutor said.

Fahy, a former prosecutor who also contributed to CNBC and, as recently as three weeks ago, was on the news program “NJ Today.”