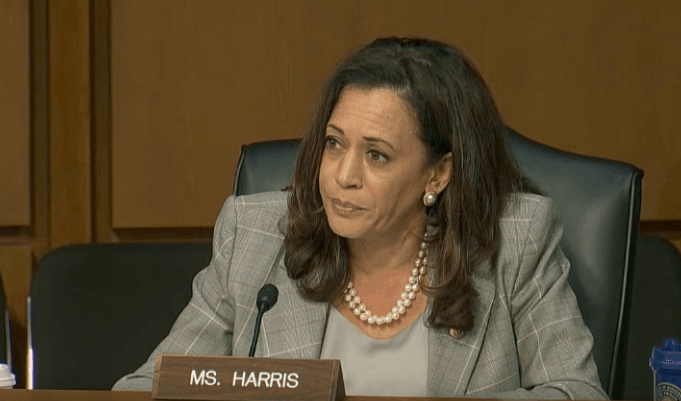 The upward battle of women lawyers is something we at LawFuel have highlighted and reported repeatedly, but a recent example of just how they are treated emerged during the Senate testimony of Rod Rosenstein and Jeff Sessions.

Specifically, the harsh and disproportionate admonishment of Senator Kamala Harris as distinct from her male counterparts was something to behold.

So much so, in fact, that the Washington Post and others including even Fox News who noted that she was never interested in toeing the line.

The Washington Post noted that her dogged cross examination was precisely what was required at the hearings.

To those who have observed hearings on Capitol Hill, especially high-visibility televised hearings involving partisan subjects, there has been little or nothing unusual about Harris’s behavior. Members get a small amount of time to ask questions and make their points. Unfriendly witnesses are inclined to string out their answers and let the clock run.

The way Harris was repeatedly slapped down by the committee chair during these hearings was reminiscent of Mitch McConnell’s censure of Senator Elizabeth Warren earlier this year (“Nevertheless, she persisted.”). Harris, like Warren, was simply trying to do the job she was elected to do by her constituents, yet her male peers in the Senate seem to think that she should do that job less aggressively and perhaps a bit more delicately than her male peers.

Rodriguez noted that none of this was new to professional women, particularly to experienced trial lawyers like Kamala Harris.  It is simply “our reality”, she wrote.

We all know that the ‘rise’ of women in the law profession has been too low.

She pointed out that only one in four law firms have no women on their management committees, while one in eight in the US have no women as practice heads in their firms.

The lack of women in leadership positions, in law firms and in other areas of our profession, is one of the major reasons why women, no matter how experienced, talented, well regarded, and just plain excellent at what they do, are either not taken seriously by their male peers, jurists and other leaders or disregarded altogether, particularly in settings where they are the only woman in the room.

The role played by women continues to be downplayed by the largely male jurists, lawyers and – in Kamala Harris’ case – senators.

Being shut down is something that has become like a female occupational hazard.

So what does Christine Rodriguez say is the answer?  It’s ‘push back’ and ‘persisting’.

There is only one way to overcome this. Female attorneys must continue to advocate hard. We cannot wait until we are allowed to have our say. The ethical mandate of zealous advocacy requires us to keep pushing until we are heard. We also have to keep pushing for those seats at the leadership table. They will not be handed to us. We just have to take them. Then we cannot be simply shut down. Simply put, we nevertheless must persist.

> Your Next Job – LawFuel’s Dedicated Law Jobs Only Site