Peter Sommer Travels has announced a new archaeological tour through one of the richest regions of mainland Greece, the spectacular Peloponnese peninsula.

The 15-day expedition, Exploring the Peloponnese, departs in June 2015 and takes travellers through a region that has often been centre-stage to important events – from the Neolithic and Bronze-Age civilisations to the rise of the Classical Greeks and Romans, the spread of Christianity, the riches of the Byzantine Empire, the might of the Ottoman Empire and the Greek War of Independence.

The Peloponnese is almost a miniature version of Greece itself: a series of small fertile plains separated by rugged mountains and surrounded by an intricate coastline of peninsulas and inlets. This tour takes in the best of the region’s natural beauty while exploring its historical and cultural wealth along the way.

Beginning in Athens, the expedition is hosted by expert guides Heinrich Hall and Nota Karamaouna, both archaeologists and historians with extensive careers in the ancient worlds of Greece and Turkey.

The tour takes in several UNESCO World Heritage sites, including the Bronze Age fortifications of Mycenae, the Classical splendours of Olympia and the peaceful serenity of Byzantine Mystras. Guests will also have a chance to venture far off the beaten tracks to discover remote wonders like mountainous Arcadia with its perched villages and gorge-side monasteries, and the Mani Peninsula with its wild landscape and traditional architecture.

Exploring the Peloponnese operates from June 3 to 17, 2015, and is priced from £3595 per person twin share (about A$6600), including expert guides, high standard character hotels, all meals (except one lunch and two dinners), all transport, entrance fees, excursions and airport transfers.

For full details and bookings contact Peter Sommer Travels in the UK on 0011 44 1600 888 220, email info@petersommer.com or visit www.petersommer.com. 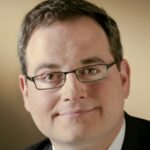 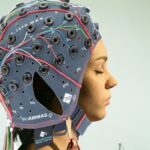