Gender diversity is a bit deal in the law – don’t we all know it? – well, the answer is ‘No’, actually.

Take the New York bar, for instance.
The president of the New York Bar Association John S Kiernan said that progress was “incremental” in terms of gender and ethnic diversity.

For the first time, the firms with 51 to 500 or more lawyers were required to complete a survey showing diversity and gender diversity and the picture they showed was not a pretty one.

The New York Times reported that about 70 per cent of the firms, which are among the most profitable in the United States, women made jup 19 per cent of partners, only a slight increase over the figure for 2004.

There were fewer women working as associates to become partners and minority women comprise just 15 per cent of all female partners. Generally, minorities had “flat” representation even though more firms are hiring diversity directors to increase diversity within their firms. 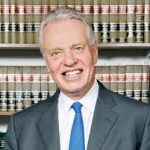