The class action lawsuit brought against the NZ Government, the largest such civil action lawsuit in New Zealand history, has succeeded in finding the Government was negligent in permitting the introduction of PSA, which devastated the country’s kiwifruit crop.

The legal action, funded by the LPF Group, resulted in the court decision today.

The media release regarding the decision is as follows –

A landmark decision released by the High Court today has found that the Ministry of Primary Industries (formally MAF) was negligent in allowing the deadly PSA disease into New Zealand in 2009, which devastated the kiwifruit industry.

Kiwifruit Claim Chairman John Cameron said that it was also hugely significant for the kiwifruit industry and other primary industries that the Court also established that MPI owed a duty of care to kiwifruit growers when carrying out its biosecurity functions.

“We completely agree with the Judge when she says that the wrong to the 212 kiwifruit growers should be remedied.

“We’ve waited a long time for this day, and we are absolutely thrilled that the Court has held that MPI owed a duty of care and breached that duty when it allowed PSA to enter New Zealand in 2009”.

“We hope that this significant decision draws a line in the sand for what has been a long and difficult 8 years for growers who could not have brought this action without the support of LPF Group.

“Biosecurity is critical to New Zealand, and our primary producers and economy are heavily reliant on MPI to protect our borders against known biosecurity risks such as PSA.

“The Kiwifruit industry alone is worth around $1.67 billion a year to the New Zealand economy, and MPI is the only agency in the country with the mandate to manage biosecurity risks.

“MPI knew for many years that PSA was a significant risk to the kiwifruit industry, and if it had done its job properly and followed its own regulations and protocols under the Biosecurity Act, the PSA incursion would not have happened.

“PSA decimated the kiwifruit industry and its impact was far reaching, not only on growers and their individual orchards, but on the New Zealand economy.

“We’ve had to fight a really hard and expensive battle to get this decision.  Some growers lost everything when PSA hit, their orchards and businesses, their life savings, and for many, the financial and emotional impact is ongoing.

“Even for those that were able to survive, some suffered a complete loss of income for several years, taking on huge debts to replant their orchards. Kiwifruit growers continue to suffer the effects of PSA eight years on.

“We hope that the Government accepts the Judge’s decision and that kiwifruit claim growers can finally be properly compensated for their losses.  We look forward to working cooperatively with the Government to achieve this.

“We would like to acknowledge the hard work from our legal team and the enormous commitment, support and assistance provided by litigation funders, LPF Group, who have enabled this case to proceed, says Mr Cameron. 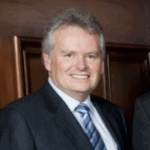