NewLaw firm Nexus Law Group intends expanding its footprint in Sydney, Melbourne and Brisbane and has moved to a new national headquarters in Sydney, which opened on 21 July. The firm has also opened an office in South Australia following the addition of Tim Donlan, a trust law expert.

Donlan said that he is excited about the possibilities offered by the OpenLaw smart-contracts platform recently launched by Nexus Law Group.

“The technology behind OpenLaw not only enables IP sharing within the firm, it enables production of documents for other stakeholders, better, faster and cheaper than traditional processes and enables us to focus on the consultancy and advisory aspects of their practice where we can best add value to the clients,” he said.

Marcus McCarthy, Nexus Law Group principal and creator of OpenLaw, said that the team was excited to move their central operations to Angel placein Sydney.

“The space is ideally suited to our business model and allows us to implement our broader ecosystem strategy which has been in the planning for some time. We are an alternative model law firm, with a common-sense structure for the practice of modern law, reflecting what lawyers and clients really need to get things done,” he said. 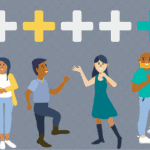 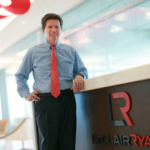