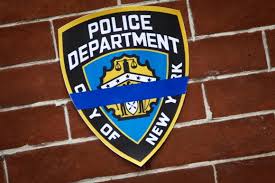 Rap music, lawyers and police killings would seem to be something of a cocktail that risks the wrath of the public and a NYC investigation has revealed that at least two lawyers with the Bronx Defenders have appeared in a video entitled “Hands Up”, containing images of handguns pointed at the head of a man dressed as a police officer.

The video, which was released by rappers Uncle Murda & Maino together with website WordStar Hip Hop is shown below, referring to the controversial police killings involving police in both Ferguson, Mo. and New York City.

The LA Times reports that parts of the video were shot at the offices of the Bronx Defenders, a law firm that provides criminal defense attorneys to low-income defendants. It also receives roughly $20 million in city funding each year, according to the report.

The law firm is described as a sponsor in the closing credits of the clip. Two attorneys, identified as Kumar Rao and Ryan Napoli, suggested the agency become involved in the video and can be seen in the final cut. A third Bronx Defenders employee was present for the video’s filming but was not on camera.

The Department of Investigation, a city government watchdog panel, also accused Bronx Defenders Executive Director Robin Steinberg of failing to adequately discipline the staff members involved in the video. The panel has submitted its findings to New York Mayor Bill De Blasio’s office and the city attorney for review.

“The Bronx Defenders abhors the use of violence against the police under any circumstance. We have always been an organization that is committed to preserving life, dignity and respect for all people,” read a statement posted to the law firm’s website on Thursday. “The Bronx Defenders never approved the music video ‘Hands Up,’ and never saw it before it went online. We deeply regret any involvement with this video.”

Read more at the LA Times 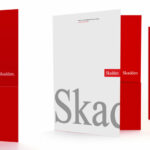