Widespread redundancies and the need for businesses to re-invent themselves in a Covid-19 New Zealand has led to a spike in trade mark applications from Kiwi businesses particularly in Auckland, a leading local trade mark law firm reports.

Speaking at the opening of Zone Law’s new offices in the newly refurbished St Kevin’s Arcade, on Karangahape Road, the founder and one of the principals of the intellectual property and business law firm, Theodore Doucas, (above) said that at least ten per cent of the firm’s new business growth post lockdown is Covid-19 related.

“We were in the process of setting-up our Auckland office on the eve of lockdown, but it has proved to be a fortuitous move because we find ourselves up to our eyeballs helping clients deal with trademark and copyright matters now. Much of it sparked by people who lost their jobs who are now starting their own businesses, or existing businesses pivoting into new products and services.

“We’ve also seen a spike in people wanting to protect their Covid-19 inspired ideas. Personal protective equipment (PPE) and food are popular. Many of these ideas, new businesses and action appears to be happening in Auckland.”

Doucas says a large percentage of Kiwi companies are aiming themselves at foreign markets.

“I’ve seen a strong surge in interest in international markets, as well as interest coming back our way. The latter is not surprising when you consider that I spent months travelling to the United States, Europe and Asia last year, for both New Zealand and international clients.

“Before Covid-19 it was socially expected that you would front for face-to-face meetings which entailed a lot of travel. However, Zoom and Teams calls are now accepted as a reality. It may mean a dampening in international business travel for many years to come, although by no means does it seem to be dampening enthusiasm for companies looking to protect their brands offshore.”

Zone Law is one of the largest New Zealand-owned IP law firms and works with some of New Zealand’s and the world’s most well-known brands. They have offices in both Wellington and Auckland. The new offices are in Suite 25, St Kevins, 183 Karangahape Road, Auckland. 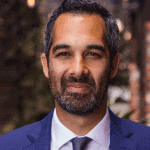 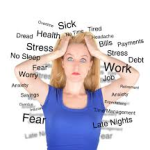