You are here: Home / Crime / Open Season on Prosecutors 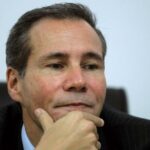 First there was the highly publicised murder of Argentine prosecutor Alberto Nisman who died after his accusations against Argentine president Christina Fernandez of her plotting to cover up the 1994 bombing of a Jewish community center that killed 85 people.

Conspiracies surrounded the death of Nisman with a private team of investigators analysing autopsy reports that appeared to confirm his murder after he was found in a pool of blood in his flat. There are few suggestions of suicide, although the lead investigator into his death suggested he shot himself in the head or was killed.

Forensic tests on the body of an Argentine state prosecutor who died days after accusing President Cristina Fernandez of plotting to cover up Iran’s alleged role in a 1994 bombing indicate that he was murdered, his ex-wife said on Thursday.

The conspiracies and theories into Nisman’s death continue. 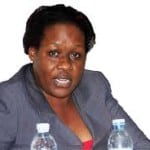 Second has been the chief prosecutor in the trial of the 2010 al-Shabab bombings in Uganda, Joan Kagezi, who was attacked as she drove home and shot dead.

Kagezi was trailed by motorcyclists who shot her. Her current cases included the trial of seven Kenyans, five Ugandans and one Tanzanian allegedly linked to the July 2010 suicide bombings targeting football fans watching the World Cup final at a restaurant and a rugby club in Kampala. All but one of the accused had been charged with belonging to al-Shabab.

Somalia’s al-Qaeda-affiliated al-Shabab militants claimed responsibility for the attack. It was the group’s first assault outside Somalia. 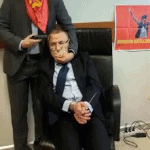 Third is the violent death of Istanbulk prosecutor Mehmet Selim Kiraz, taken hostage by leftists this week, has died following a violent one-day standoff with his captors.

Kiraz was seriusly injured after police stormed the courthouse where the far left group had held him and he died from his wounds.

Two captors were killed in the gunfight, which followed a six hour negotiation.

The prosecutor had been investigating the politically sensitive death of an anti-government protester. The militants threatened to kill him if their demands were not met.

Kiraz was investigating the killing of Berkin Elvan, who died in March last year after spending 269 days in a coma due to injuries inflicted by police in the mass protests of early summer 2013.
[table id=10 /]