LawFuel.com – The Best Law Firm Newswire – Orrick, Herrington & Sutcliffe LLP announced today that Edward “Ted” S. Johnson has joined the firm as a partner in its M&A and Private Equity Practice Group based in the firm’s Tokyo office. A leading corporate and M&A lawyer in Japan, Mr. Johnson was formerly a partner with Paul Hastings where he previously served as Managing Partner of the Tokyo office.

Started in 1997, Orrick’s Tokyo office has been particularly focused on cross-border transactions for Japanese companies, including:

§ Represented U-Shin, a leading Japanese manufacturer of automotive components, on its €203 million acquisition of Paris-based Valeo S.A.’s access mechanisms business – making U-Shin into a global leader in the industry.

§ Represented Green Power Investment (GPI) in a joint venture with a major consumer financing company (General Electric). The arrangement involves all of GPI’s pipeline solar and wind projects for the next three years, including the largest wind project in Japan. (Yoichi Katayama, March 2013)

§ Advised Nippon Soda in its acquisition of Alkaline SAS, a French holding company of MSSA SAS, which produces metallic sodium and other chemical products in France for sale around the world. 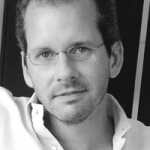