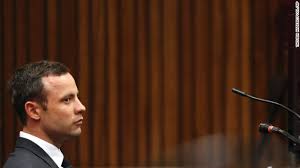 What is Oscar Pistorius charged with?

The Paralympic sprinter stands accused of the premeditated murder of Reeva Steenkamp in his home on February 14, 2013. He also faces a gun charge related to the killing, along with two additional gun-related charges for two separate instances of firing a gun in a public space before the killing.

Why will Pistorius face a judge rather than a jury trial?

South Africa abolished jury trials in 1969, while the country was under apartheid, due to fears of racial prejudice by white jurors. Pistorius will be tried in a high court in Pretoria by Thokozile Matilda Masipa — the second black woman appointed to the bench since apartheid ended.

How long is the trial expected to last?

There’s no hard timeline but it’s expected to last about three weeks.

What are the sentencing guidelines for premeditated murder?

For premeditated murder, the mandatory sentence in South Africa is a life sentence, which in practice is 25 years unless someone can prove extraordinary circumstances.

Extraordinary circumstances could include a combination of number of factors: for example, that it was a first offense, the age of the person and in Pistorius’ case, his disability and the impact this could have had on his actions.

However, legal expert James Grant said if the court accepted the prosecution’s case — that Pistorius chased Steenkamp into the bathroom and “hunted” her down — the track star’s defense team would be hard-pressed to convince the court that there should be any considerations that should override the repugnance that should be felt.

What happens if Pistorius is found not guilty of premeditated murder?

If Pistorius is found not guilty, he would face a “competent verdict” or lesser charge of culpable homicide, which is based on negligence.

Pistorius is not claiming self-defense; he is claiming to have been mistaken about his need for self-defense. He is denying that he intentionally unlawfully killed Steenkamp.

Grant said the defense boiled down to Pistorius saying “I made a mistake.”

If the court were to rule that the mistake was unreasonable — based on what an objective, ordinary South African would do in the circumstances of the accused — he would be found guilty of culpable homicide.

Grant said he would expect a court to probably conclude that it is unreasonable to fire at anybody through a closed door regardless of whether they were an intruder, because of the value of human life.

“I’m expecting that if he beats the murder charge, he is in very grave jeopardy of being convicted of culpable homicide,” he said.

What would the sentence be if Pistorius were convicted of the lesser charge of culpable homicide?

If Pistorius is convicted of culpable homicide, no minimum sentencing legislation would be triggered. “Courts are able to exercise their complete and ordinary discretion,” Grant said.

This means, theoretically, Pistorius could get a non-custodial sentence if convicted of culpable homicide. Grant said there had been examples of people killing a loved one accidentally where they had avoided jail.

If, however, the court took a view that Pistorius had been grossly negligent, Grant said, he would guess the runner could be jailed for up to 15 years.

If Pistorius is convicted, he could potentially appeal to the supreme court and even eventually to South Africa’s constitutional court.

If the initial court did not give him leave to appeal, he could petition South Africa’s chief justice for permission.

The right to appeal depends on whether, based on the facts of the case, the initial judge or magistrate believes a different court could possibly reach a different verdict.

South Africa’s highest court, the constitutional court, used to be only for cases regarding constitutional matters, but a recent act of parliament broadened its remit.

How long will the trial last?

In South Africa, courtrooms are booked in tranches of a few weeks at a time, so the first phase of Pistorius’s trial will last three weeks beginning on March 3. Asking how long the trial will take “is akin to asking how long a piece of string is,” legal expert Kelly Phelps said. “The chance of this being argued out over three weeks would be a small miracle.”

If the trial follows an ordinary course, James Grant said, he would expect it to last four to six months — but that would depend on how aggressively the defense challenged the prosecution’s case.

“They could dispute everything, in which case there could be ‘trials within trials,’ ” he said.

But he said the defense would have to balance that “against not appearing to challenge things for the sake of it” and alienating the court.

Are there restrictions on reporting any aspects of the trial?

Yes. In South Africa anyone can be found guilty of contempt of court if for impugning the dignity of judicial proceedings, interfering with the accused’s right to a fair trial, or scandalizing the criminal justice system, according to Phelps.

Phelps said one big difference when it comes to contempt of court is the fact a single judge will be presiding over the case, rather than a jury. “It’s believed that judges are cloaked in the letter of the law and have an ethical and professional responsibility to apply the law in a fair and impartial manner, and that means this risk of reporting influencing a trial is less in this system than in a jury system.”

But unlike in a jury system, where juries often only have to issue a verdict — and not declare the reasons for their decision — the judge is required by law to issue clear reasons for the verdict. “If it were apparent in those reasons that there did appear to be a lack of impartiality due to media influence, there’s recourse to an accused person,” said Phelps.

Would Pistorius be given special treatment in prison if he was convicted and jailed?

CNN’s team in Johannesburg understands the double amputee would not receive special treatment, with even blind prisoners being placed with sighted prisoners in South Africa.

But, ahead of his release on bail last year, the African National Congress Women’s League said the athlete had in fact benefited from special privileges, adding that his family could visit him outside visiting hours, unlike relatives of other inmates.

“A strong message must be sent out that wealth and celebrity cannot give you an advantage over the law,” the group said in a statement at the time.

What is the reputation of South Africa’s legal system?

Grant said that South Africa was proud of its constitution and had a well-respected judiciary and that its substantive criminal law was “similarly advanced and progressive and very well considered.”

“The problems that we’re facing are more of a systemic procedural nature.

“We have an incredibly strained police force that’s not particularly well-trained — they’re massively overloaded — and we’re struggling with issues of corruption within the police force and possibly even within the prosecution service,” he said.

Grant said that, regrettably, wealthier South Africans had access to better legal resources than most of their compatriots.

“Unfortunately, most South Africans don’t have that extent of resources available to them. They wouldn’t have available to them the best possible defense lawyers, but in a strange sense, this is not a problem unique to South Africa. Money buys for you a degree of protection. That’s of course a universal problem.”

In March of last year, the South African government’s midterm report noted that “The effectiveness and ability of the criminal justice system to serve as a deterrent against crime is unfortunately still under threat of being undermined by the actions of a small number of those who serve in it.”

It continued: “Since 2009, investigations have uncovered 1,529 persons in the criminal justice system who were possibly involved in corruption-related crime.

South Africa’s jails were put under the spotlight during the extradition hearing of Shrien Dewani, the Briton who stands accused of ordering a hitman to murder his new wife in 2010.

One of the defense’s arguments — not upheld — against extradition was that Dewani would not be safe in South African custody.

His lawyer quoted figures from a South African report suggesting that almost half of prisoners believed sexual abuse was a feature of life in South African jails. But Dewani’s request for Britain to block his extradition was declined in January of this year, and he has now appealed the decision to Britain’s highest court.

Nooshin Erfani-Ghadimi, project coordinator for the Johannesburg-based Wits Justice Project, told CNN that South Africa’s constitution and its bill of rights with regards to prisoners’ rights were among the best in the world.

However, she said, overcrowding meant “unfortunately that doesn’t necessarily translate into practice.”

“A legacy of apartheid is that prison cells are still unfortunately a place where prisoners can be abused,” Erfani-Ghadimi said.

However, a “statement of agreed factual findings” in the case of inmate Dudley Lee — who contracted tuberculosis while imprisoned — may point to a different reality. Lee said he “begged, bullied and bribed” to get the medication he needed. 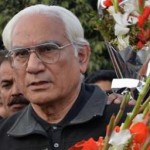 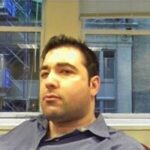