The lawyers are circling Petrobras, the Brazilian oil giant that has become the nation’s major embarrassment – plus a major opportunity for lawyers everywhere to sue the company as it becomes encircled by lawsuits.

If the Petrobras story sweeping Brazil today was a sporting event, it would be the infamous Brazil vs Germany game from the 2014 FIFA World Cup. And Brazilians would be forced to watch it over and over and over again.

Petrobras, once the pride of Brazil, is now an embarrassment. Investors want to ask company executives: how can you be so stupid?

In 2005, Petrobras was heralded as the high tech deep sea discoverer of a oil far below the ocean bedrock off the coasts of Rio and São Paulo states. The market believed Petrobras found a mini-Venezuela, an oil Atlantis. They loved Petrobras.  Money piled into Brazil because of these discoveries. If there was any truth to the saying here that “God is a Brazilian”, Petrobras´ newfound oil wealth was the proof.

Ten years later and investor respect in the company has gone to zero.  Instead, they have become like Nietzsche and this Brazilian God is dead. Can it ressurrect?

The big question now is not whether Petrobras will survive a series of lawsuits and investigations. It´s whether or not investors will trust these guys again?

That includes corporate partners drilling in the Santos Santos and Campos oil fields in the Atlantic Ocean, too. Lawyers are asking this question. It´s a problem for Petrobras. Its shares trade at just 5.5 times earnings. Only Gazprom Gazprom is cheaper. But the Russian gas company is being sanctioned by the world´s most powerful economies. Petrobras, meanwhile, has its government owners to blame for its problems.

Petrobras is now in the crosshairs of lawyers from Brazil to the United States, and American lawyers don´t horse around. They go for the jugular. Like sharks, they are smelling blood in the water.

Providence, Rhode Island opened its own class action lawsuit against the ailing oil company on Wednesday, Christmas Eve day. The lawsuit was filed on behalf of shareholders who bought Petrobras ADRs between January 22, 2010 and November 21, 2014. The suit also includes bond holders who own debt from Petrobras International Finance Company, or PifCo, and Petrobras Global Finance from February 3, 2012.

Petrobras´fall from grace has been monumental. In June of 2008, Goldman Sachs predicted that Petrobras shares would hit $60. Today, they trade around $7. Despite interest from bottom feeders who see this as a buying opportunity, bears expect things to get worse for Petrobras before they get better. The lawsuits are destroying investor sentiment. 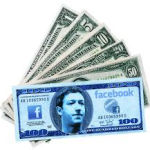 >> Read the free report on how a 23 year old makes $1.8 million a year from Facebook – Click Here