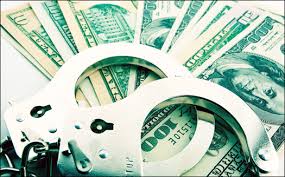 LOS ANGELES – Federal authorities today arrested 11 defendants named in a sweeping racketeering indictment that alleges a series of money laundering schemes that revolved around the former head Westminster-based Saigon National Bank. Four other defendants who are named in two separate money laundering indictments were also arrested today.
The majority of the defendants arrested today in relation to Operation “Phantom Bank” are named in a 109-page racketeering indictment that was returned by a federal grand jury on December 1 and unsealed this afternoon. Two other indictments returned by the grand jury over the past year were also unsealed today. The three indictments charge a total of 20 defendants, three of whom are named in two indictments.
In the 16-defendant racketeering indictment, six of the defendants are charged with violating the federal Racketeer-Influenced and Corrupt Organizations Act (RICO) by playing key roles in a series of schemes to launder drug proceeds. At the center of the schemes is the lead defendant in the indictment – Tu Chau “Bill” Lu, 71, of Fullerton, who was president and chief executive officer of Saigon National Bank from 2009 through January 2015.
The RICO count alleges that Lu and the other five defendants were members of a criminal organization that was involved in narcotics trafficking and international money laundering in countries that included the United States, China, Cambodia, Liechtenstein, Mexico and Switzerland.

The indictment alleges that Lu used “his insider knowledge, position as an official at Saigon National Bank, and network of connections to promote and facilitate money laundering transactions involving members and associates of the enterprise.” Several members of the organization established or engaged in separate money laundering schemes, according to the indictment, but “all working with, through, or at the instigation of defendant Lu.”
In one scheme, an undercover informant delivered cash represented to be drug proceeds to defendants, who arranged for the cash to be converted into cashier’s checks made out to a company the informant allegedly owned. Other conspiracies discussed in the RICO count also involved the delivery of cash from the informant, and that money was allegedly converted into cashier’s checks.
As part of the racketeering enterprise, Lu and others named in the RICO count allegedly floated a plan in which the informant and his boss (who was an actually an undercover law enforcement officer) would purchase a controlling interest in Saigon National Bank so they could have a financial institution which could easily facilitate money laundering operations.
In another aspect of the RICO conspiracy, Lu and others allegedly proposed setting up a foundation in Liechtenstein that would be used to move money around the globe. The informant and another associate who was also an undercover law enforcement officer told those proposing the creation of the foundation that they would be laundering money that came from drug sales in Europe and that the narcotics had been bartered for weapons in Nigeria.
In yet another aspect of the RICO conspiracy, Lu allegedly played a critical role in introducing to the informant and other RICO defendants operatives from the Sinaloa drug cartel who wanted to launder millions of dollars every month. According to the indictment, Lu also had conversations with the Sinaloa cartel operatives about purchasing Saigon National Bank, and one of the operatives said the cartel had already invested $1 million in the bank.
In addition to Lu, the five people charged in the RICO count are:
Tsung Wen “Peter” Hung, 61, of Monterey Park;
Edward Kim, 56, of Beverly Hills;
John Edmundson, 55, a British citizen who resides in Hong Kong, who is still being sought by authorities;
Pablo Hernandez, 75, of Tijuana, Mexico, who is still being sought by authorities; and
Emilio Herrera, 53, a Mexican citizen who resides in Spring Valley, California, who is still being sought by authorities.
The RICO count is one of 28 counts in the indictment. The various money laundering schemes detailed in the RICO count are the subject of other conspiracy and substantive money laundering charges in tampering and structuring transactions to avoid federal reporting requirements. Additionally, Kim is charged with evidence tampering for allegedly encouraging one of the undercover agents to destroy evidence.
The indictment alleges that members of the racketeering conspiracy discussed laundering hundreds of millions of dollars. The indictment details actual money laundering transactions involving a total of $3.75 million.
The other defendants named in the indictment are:
Mina Chau, 32, of La Mesa, California;
Ben Ho, 41, of Santa Ana;
Tom Huynh, also known as “The Fat Guy,” 57, of Westminster;
Renaldo Negele, 51, of Liechtenstein, who is still being sought by authorities;
Jack Nguyen, 38, of Manhattan Beach;
Luis Krueger, 58, of Malibu;
Li Jessica Wei (who is also known under various permutations of her name, including Wei Jessica Li), 58, of Arcadia;
Du Truong “Andrew” Nguyen, 34, of Westminster, who is still being sought by authorities;
Richard Cheung, also known as Richard Cheang, 58, of El Monte; and
Lien Tran, 41, of Santa Ana.
The second indictment unsealed today charges Hung, Wei and two other defendants – Jian Sheng “Raymond” Tan, 48, of Temple City; and Derrick Cheung, also known as Chang Zhang Ying and Zhang Ying Chang, 39, of Rowland Heights – with accepting money from an undercover operative and, in exchange for a fee, converting the money to cashier’s checks and money orders. The three-count indictment alleges that the defendants accepted money they believed to be the proceeds of bank fraud and narcotics trafficking.
The third indictment stemming from this investigation and unsealed today charges Tan; Ruimin Zhao, 45, also of Temple City; and Vivian Tat, of Hacienda Heights, with laundering money they thought came from narcotics trafficking. The money given to the defendants in this case was delivered by an undercover operative and was converted into cashier’s checks.
The 15 defendants taken into custody today are being arraigned this afternoon in United States District Court in Los Angeles.
An indictment contains allegations that a defendant has committed a crime. Every defendant is presumed innocent until and unless proven guilty in court.
The RICO charge, the money laundering counts and the evidence tampering charge each a statutory maximum penalty of 20 years in federal prison. The charge of structuring financial transactions to avoid federal reporting requirements carries a maximum sentence of five years.
The investigation in Operation Phantom Bank was conducted by the Federal Bureau of Investigation, the Office of the Special Inspector General for the Troubled Asset Relief Program (SIGTARP), and IRS Criminal Investigation.
This case is being prosecuted by Assistant United States Attorney Kim Meyer and Trial Attorney Andrew Creighton of the DOJ Criminal Division, Organized Crime and Gang Section. 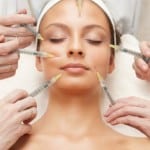 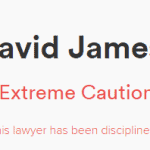