Mr Hooker, 55, who was most famous for his lawsuits involving Australian bank fees and a test case he took against the Earthquake Commission, died while road testing his new Harley Davidson in Australia.

A top New Zealand lawyer has died in a motorcycle crash while testing out his new Harley Davidson in Australia. The accident occurred in the Northern Rivers region of New South Wales when his machine hit a bridge.

Hooker had been managing director of Shine Lawyers NZ which he founded in 2015 after running his own law firm. Shine was set up in New Zealand to handle insurance law, class actions and other legal work in New Zealand.

Angela Parlane, the current managing director of Shine Lawyers NZ confirmed the death of her “dear friend and mentor”.

Parlane said Hamilton-born Hooker had retired from his role as managing director of Shine Lawyers NZ and was based in Ashby, in a remote area of NSW, although he remained an “active consultant” to the law firm.

He had been building his dream home on the Clarence River, Parlane said. 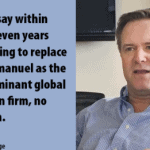 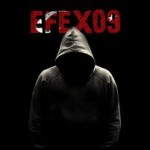