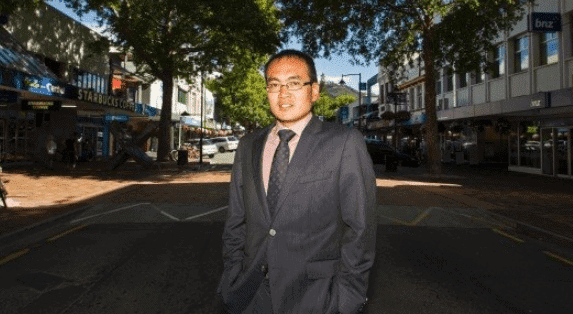 Law firms seeking lawyers to work in the provinces are taking aggressive steps to recruit staff, with reports that one law firm is offering new solicitors up to $25,000 cash deposit for a house to attract quality staff.

A Hasting-based law firm has made the offer, with the advertisement looking for a senior and junior solicitor offering the cash contribution towards a house purchase.

The offer is not a ‘first’, despite comments in the report, with a similar to one run by a Nelson-based law firm offering a similar package in their job advertisement with the proviso that they would have to repay the c

ontribution should they leave the firm within five years.

C&F Legal said they were delighted with the response to their 2015 initiative, with firm director Andrew Shaw (pictured, left) filling the position with six serious applicants in the first week.  Their advertisement also provided gym membership and a free car park, along with the house purchase help-along and attracted former Auckland lawyer Danny Wu (pictured above).

The NZ Herald report quoted Bay Legal partner Kirstin Monk who said there was a noticeable shortage of family law and legal aid lawyers over the past year. LawFuel law jobs’ have noted the difficulty many firms, particularly provincial firms, have had in the past two years in attracting lawyers generally to some provincial areas notwithstanding the obvious lifestyle and career attractions that such firms can offer.

Langley Twigg Law chief executive Antony Steiner said they had not isssued the advertisement but there was a shortage of lawyers in the mid-tier to three years-plus range across several fields.

“Particular shortages exist for lawyers with experience in New Zealand of commercial and property law, civil litigation and relationship property, and even more so for the sort of all-rounders that smaller firms need.”

The Law Society Hawke’s Bay president Maria Hamilton appeared to find it mysterious that any such shortage should exist.

The only reason why it had proven difficult to recruit lawyers, she said, was possibly a misconception that the quality of work available was better in bigger centres.

“I think that’s a misconception because there are big businesses in Hawke’s Bay now. I don’t know if there is a good enough understanding among lawyers from different areas of the level of work they could be doing.

Would you move to the provinces for a deal like this?