Maria Dew QC’s efforts to reinvigorate the attractions – if that is the word – of legal aid is designed to help reverse the dramatic decline of legal aid suppliers, driven by remuneration and compliance problems.

Writing in the Law Society’s weekly bulletin, Ms Dew referred to the death of her own civil legal aid practice in 2002 when she resigned due to frustration over the administrative requirements and limitations placed upon clients.

Legal aid providers have fallen by 54 per cent in the five years between 2011 and 2016 with no sign of any pickup in supplier interest.

These are alarming statistics and they expose that the bulk of civil litigators, in firms and in sole practice, are no longer making any contribution to legal aid work or the access to justice which legal aid work allows.

The ‘sobering data’ has prompted her to re-join the programme as civil legal aid providers along with other barrister, she says.

She is hoping that 2020 will provide a rebirth of the programme to reverse the seemingly irreversible decline in legal aid supplier numbers.

As the Government works to improve access to justice – the catchcry for so many Justice-related appointments and issues including the recent slew of District Court appointments, reversing the decline in legal aid suppliers is undoubtedly one of the key cornerstones of any such policy.

Whether Ms Dew’s exhortations and efforts will do so remains to be seen. 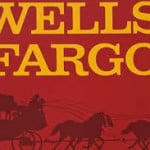