MILWAUKEE, WIS. (March 10, 2014) — The law firm of Quarles & Brady LLP and its firm chair Kimberly Leach Johnson today announced that Kathryn M. Buono has been selected as the new Milwaukee office managing partner. Her term will begin on March 7. Ann M. Murphy, who led the office for 12 years, will continue her practice in commercial lending and public finance full-time.

“I am delighted that Kathie has agreed to serve Quarles as Milwaukee office managing partner,” said firm chair Kimberly Leach Johnson. “She has been a model of exceptional service to our clients and the community throughout her years here, and we look forward to her applying those same values as she succeeds Ann Murphy, who has served the firm with distinction in that role.”

Buono, a partner in the firm’s Corporate Services Practice Group, previously served as a member of the firm’s governing Executive Committee as well as national chair of the Corporate Services Practice Group and as leader of its Mergers & Acquisitions Team. She has assisted some of Wisconsin’s largest and most active companies through highly complex mergers, acquisitions and private equity investments, including one that garnered the Manufacturing-Industrial Deal of the Year and the overall U.S. Middle Market Deal of the Year from The M&A Advisor. In her new role as Milwaukee office managing partner, Buono similarly aims to position Quarles & Brady as a Midwestern legal powerhouse and enhance the firm’s national reputation.

“I am thrilled to have Kathie named as my successor,” said Ann Murphy. “I have no doubt that Kathie will perpetuate the successful growth that Quarles has experienced even through the recent deep recession, and personify the professionalism we strive for in Milwaukee and across the firm.”

“It is an incredible honor to be named as the managing partner of the Milwaukee office,” said Buono. “I look forward to working with the Milwaukee team, to sustain and grow the success we’ve enjoyed, both as an individual office and as part of our national network of legal service providers.”

Under Murphy’s leadership, the Milwaukee office of Quarles & Brady achieved distinction not only for its legal services but for its commitment to the community, which has been variously recognized with honors such as the 2011 Wisconsin Organizational Philanthropy Award from the Association of Fundraising Professionals, for the office’s commitment to corporate social responsibility, the 2012 Inspire by Example Award from the Volunteer Center of Greater Milwaukee and the 2013 Philanthropist of the Year award from Milwaukee Habitat for Humanity. Thanks to Murphy’s leadership, the office raised more than a half-million dollars for The United Way of Greater Milwaukee over each of the last four years and $100,000 during each of the last two years for the United Performing Arts Fund.

About Kathie Buono
Buono focuses her practice in the areas of mergers & acquisitions and private equity investments, in addition to general corporate work. For approximately the first four years of her career, she litigated commercial disputes. As a result, she brings a unique perspective to bear on her clients’ transactions. Buono was named Best Lawyer’s 2014 Milwaukee Corporate Law Lawyer of the Year, and recently she served as honorary chair of the Cystic Fibrosis Foundation’s 2013 Gala with her husband. She earned her undergraduate degree from the University of Dayton and her law degree, as class valedictorian, from Marquette University Law School.

About Ann Murphy
Murphy specializes in the areas of commercial lending and public finance and has significant experience in healthcare finance and commercial lending, and acquisition financings in a number of diverse industries. She serves as bond counsel and bank counsel in tax-exempt and taxable financings. In 2013, she was named a Woman of Influence by The Business Journal of Milwaukee and inducted as a Fellow of the Wisconsin Law Foundation.

About Quarles & Brady LLP
Quarles & Brady LLP is a full-service law firm with more than 460 attorneys practicing from offices in Phoenix and Tucson, Ariz.; Naples and Tampa, Fla.; Chicago, Ill; Madison and Milwaukee, Wis.; and Washington, D.C. The firm provides an array of legal services to corporate and individual clients, which range from small entrepreneurial businesses to Fortune 100 companies. Additional information about the firm may be found at www.quarles.com, and on Twitter, LinkedIn and Facebook. 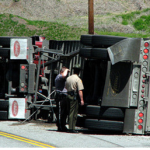 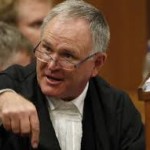