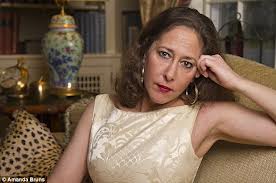 Deirdre Clark wrote under the pseudonym Deirdre Dare. Her book was a steamy tale about an expatriate in Russia. She worked for Allen & Overy in the firm’s Moscow satellite so she had some decent Russian experience to draw upon, although we don’t know to what extent her private life contributed to the eroticism of her literary work.

Her former employer has now secured an appellate win in New York, requiring her to submit to a psychological examination and following the case being thrown out in London on jurisdiction grounds. She then filed in New York and Manhattan Supreme Court Justice Marcy Friedman permitted her case to proceed.

As the NY Law Journal reports, Clark is  a Columbia University School of Law graduate and member of the New York bar, is representing herself. Lawyers at Proskauer Rose, including partner Kathleen McKenna, are defending Allen & Overy.

Clark maintains in the New York suit that she was harassed and ultimately fired after a drunken sexual encounter with Tony Humphrey, a former Moscow partner at Allen & Overy. She claims the firm used her self-published novel as a pretext to boot her from her position as a transactional lawyer there.

Among other claims, Clark is seeking $15 million for intentional infliction of emotional distress that she says manifested itself through “extreme mental and physical anguish” and “severe anxiety,” according to court documents. Although Clark has rejected the notion that the firm’s alleged actions caused her any sort of diagnosed psychiatric condition, she provided deposition testimony that she’s suffered from eczema, hair pulling, anxiety, depression and thoughts of suicide.

Pointing to that testimony, Manhattan Supreme Court Justice Louis York determined last year that Clark had made her mental state a matter of controversy in the litigation and granted Allen & Overy’s request that Clark be examined by a psychiatrist. On Tuesday, New York’s Appellate Division, First Department, ruled that the lower court had acted “providently” when it made that decision.

Read more at the NY Journal 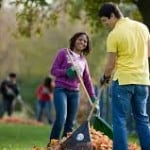 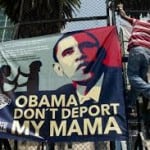