The traditional move for many Australian and New Zealand lawyers is to gain experience at some of the large UK law firms.  But Brexit, Covid and other factors have altered the law recruitment rules it seems.  However, leading law recruiter Nick Robbins thinks the UK firms are missing a trick . .

Nick Robbins* – In the current super-hot deal market, it stands to reason that law firms would give anything to get their hands on top private equity or M&A partners with solid followings and itchy feet.

Not necessarily, it seems. I know of a leading London law firm that recently turned down the opportunity of hiring just such a rainmaker

This wasn’t about the portability of the lawyer’s client base, or some dark, unpalatable secret relating to their people management skills.

The partner had in fact passed the interview and due diligence process with flying colours. The problem was that they couldn’t easily bring any associates with them. In the absence of these reinforcements, the firm simply wasn’t prepared to reallocate scarce associate resource to support the putative new recruit.

So the deal didn’t go through and the firm passed up on an opportunity to grow its practice.

Given the ultra-competitive recruitment market in London, New York and other major legal hubs, this approach is understandable. But is it unavoidable?

Partners used to bring in the work and pass much of it over to their teams. But there seems to have been a subtle change in that model, with a shift in expectations towards partners getting the work, and then doing much of it as well.

I don’t think this is sustainable. And I can’t help thinking back to when I had a spell in Sydney running a recruitment operation. At the time the major London firms regularly went on road shows to Australia and New Zealand to recruit local associate talent.

It was a win-win situation. The associates got the opportunity to live abroad and broaden their experience, and the London firms had the benefit of bums on seats.

Now I know that extended lockdowns in Australia and New Zealand have stymied the flow of lawyers to the Northern Hemisphere. But I noticed a decline such overseas hires well before Covid-19.

I’ve heard that the spate of Anglo-Aussie law firm mergers stymied this arrangement somewhat. After all, it is one thing to poach an associate from a local firm, quite another to entice them away from your Sydney office.

But I also fear London firms have mistakenly come to the conclusion that Brexit has put a larger spanner in the works.

While Brexit – and the UK government’s stated desire to cut back on immigration – has certainly removed an advantage London firms had over their New York rivals, I’m convinced UK firms are missing a trick.

Our research tells us that obtaining work permits for skilled foreign lawyers is not necessarily the bureaucratic nightmare hard-pressed law firm HR departments may think it to be. Especially, given the soaring salaries associates are now earning, which make it easier to make the case for work permits.

And encouragingly, free trade deals the UK is forging with Australia and New Zealand hold out the promise of an easing of restrictions on the cross-border movement of lawyers.

Admittedly, the uncertainty surrounding the new Omnicron Covid-19 variant may temporarily halt cross-border recruitment. But in the long run, those firms that quietly lay the groundwork for a reopening of the Australia/New Zealand corridor will be setting themselves up for future success. 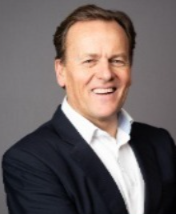 Nicholas Robbins established and sold one of the leading Legal Recruitment businesses in the 2000’s and worked in offices in that business in London, Sydney,Melbourne and Hong Kong. He returned to the Legal Market ,developing Nicholas Scott as a Global Legal Search & Selection business and subsequently Contax Law as a leading interim lawyer provider. At Nicholas Scott he concentrates on using his connections and experience to assist Partners in moving law firms.