For your reference, the original press release in this case can be found here: http://www.justice.gov/usao/cac/Pressroom/2014/008.html. There will not be a formal press release on the plea agreement filed today.

Moore is currently scheduled to be in court on Wednesday, February 25, before United States District Judge Dolly M. Gee – but there is a strong possibility that his next court appearance will be delayed until March.

Co-defendant Charles Evens is currently scheduled to go on trial before Judge Gee on March 17.

Check the “Obsession Phrases” video on how to make any man want you forever!
Click Here to watch 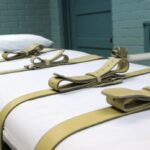