Rick Perry is under some pressure right now, so who best to turn to when lawyering-up but a tough-ass like Tony Buzbee, one of the hardest, toughest Texas lawyers around.

There are thousands of nameless, faceless attorneys who fill the top floors of many of the office buildings in every major city in the United States–there is no one like Tony Buzbee. Buzbee is a leader in his field, and at the top of his profession.

Indeed, in the Sixth edition (2013) of Benchmark Litigation, the definitive guide to America’s leading litigation firms and attorneys, Tony Buzbee was named as litigation star for plaintiff’s litigation in Texas and The Buzbee Law Firm was named as one of five “Highly Recommended” firms…

The New York Times Magazine described Buzbee like this: “One of the most successful trial lawyers in the country.”

Texas Monthly said of Buzbee: “Buzbee has made his name going after corporations, and he usually wins big.”

The old trial lawyer joke is that Republicans hate trial lawyers until they need one, then they go hire the biggest, nastiest one they can find.

Texas Gov. Rick Perry — no stranger to trial-lawyer bashing — is the latest example of this truism.

In the face of an indictment for abuse of power, the governor tapped Tony Buzbee to lead his defense team. Buzbee is a well-known trial lawyer who has made — according to some claims — upwards of a billion dollars suing large corporations.

Here’s the first half of his bio from his website:

There are several great Republican defense attorneys, but most of their time is spent in corporate litigation and not criminal law and trial practice. If you need someone to go to trial, you want a “big, mean, ambitious, tenacious, fire-breathing” trial lawyer to have your back. 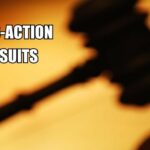 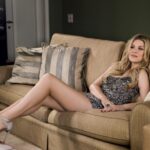