Weitz & Luxenberg, and many other plaintiffs’ firms, have reached a settlement with Monsanto on behalf of almost one hundred thousand Americans who have been diagnosed with cancer after exposure to Roundup, the world’s most popular weed killer.

Weitz & Luxenberg was the first law firm to file suit against Monsanto in the fall of 2015, alleging that exposure to their widely used herbicide Roundup was causing Non-Hodgkin Lymphoma in tens of thousands of Americans from farmers to landscapers and maintenance workers to homeowners. The firm was also co-lead counsel in the Roundup multi-district products liability litigation in the Northern District of California before the Honorable Vince Chhabria. The settlement comes as Weitz & Luxenberg was preparing for trial dates that had already been set for 33 of those plaintiffs.

“It has been a long journey, but we are very pleased that we’ve achieved justice for the tens of thousands of people who, through no fault of their own, are suffering from Non-Hodgkin Lymphoma after using a product Monsanto assured them was safe,” said Robin Greenwald, Practice Group Chair, Environmental Pollution and Consumer Protection at Weitz & Luxenberg.

Weitz & Luxenberg did not participate in any way in the proposed class settlement for future Roundup claims that Monsanto also announced today. The firm will comment once it has the opportunity to review it.

The settlement between Monsanto and Weitz & Luxenberg is being overseen by court-appointed mediator Kenneth Feinberg.

“I want to thank Ken Feinberg for working with the parties to reach settlement and to help so many victims achieve some level of closure in their case,” said Perry Weitz, managing partner at Weitz & Luxenberg. “With so many claims against Monsanto scheduled to go before courts around the country in the coming year, and the multiple thousands of cases that would never see trial dates, we feel that this settlement is the best way to ensure that victims receive justice.” 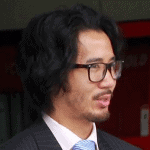 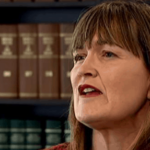