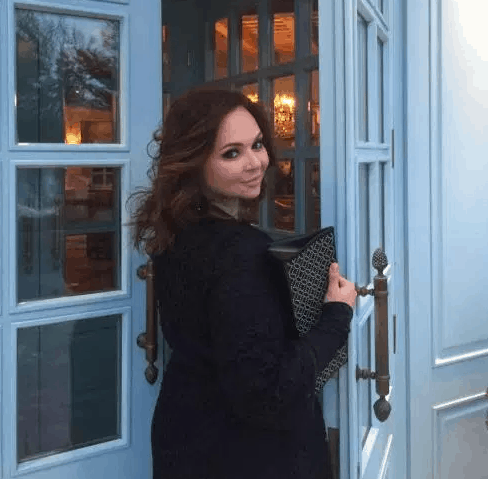 Geoffrey S. Berman, the United States Attorney for the Southern District of New York, and Angel M. Melendez, the Special Agent-in-Charge of the New York Field Office of U.S. Immigration and Customs Enforcement’s Homeland Security Investigations (“HSI”), announced today the unsealing of an indictment charging NATALYA VLADIMIROVNA VESELNITSKAYA, a national of the Russian Federation, with obstruction of justice.

VESELNITSKAYA was an attorney assisting the defendants against the Government’s claims for forfeiture and civil money laundering penalties in United States v. Prevezon Holdings, Ltd., et al., 13 Civ. 6326.  In the Prevezon case, the Government sought to prove that VESELNITSKAYA’s clients had received and laundered a portion of the proceeds of a Russian tax refund fraud scheme involving corrupt Russian officials that was uncovered by Sergei Magnitsky, a Russian legal adviser who had participated in reporting the fraud to Russian authorities but was then arrested in a retaliatory proceeding.

In the course of representing the defendants in the Prevezon action, VESELNITSKAYA submitted to the U.S. District Court for the Southern District of New York (the “Court”) an intentionally misleading declaration in opposition to a Government motion. VESELNITSKAYA’s declaration presented supposed investigative findings by the Russian government – findings purportedly exonerating VESELNITSKAYA’s clients – under the false pretense that these findings had been independently drafted by the Russian government.  As alleged, however, VESELNITKSAYA concealed from the Court that she, as a member of the defense team in the Prevezon action, had participated in drafting those supposed exculpatory investigative findings in secret cooperation with a senior Russian prosecutor.

Manhattan U.S. Attorney Geoffrey S. Berman said:  “Fabricating evidence – submitting false and deceptive declarations to a federal judge – in an attempt to affect the outcome of pending litigation not only undermines the integrity of the judicial process, but it threatens the ability of our courts and our Government to ensure that justice is done.  We take seriously our responsibility to protect the integrity of the judicial proceedings in this District, and we will not stand idly by while outside influences seek to corrupt and pervert that process.”

Special Agent-in-Charge Angel M. Melendez said:  “Russian Attorney Natalya Veselnitskaya is now a wanted person in the United States for intentionally misleading U.S. investigators, regarding Prevezon Holdings’ role in the $230 million dollar tax fraud scheme perpetrated by a criminal organization that included in its ranks corrupt Russian officials.  This investigation brought to light how Veslnitskaya secretly schemed with a senior Russian prosecutor to provide false information to U.S. law enforcement in an attempt to influence the legal proceedings in the Southern District of New York.  The determined efforts of HSI New York’s El Dorado Task Force and the U.S. Attorney’s Office reflect how seriously we take the rule of law in the United States.  Veselnitskaya is now on notice and will have to answer for her futile actions.”

According to the allegations in the Indictment[1] unsealed today in Manhattan federal court:

The U.S. Attorney’s Office for the Southern District of New York filed the Prevezon action on September 10, 2013, seeking to recover several million dollars’ worth of property, mainly New York real estate, on the ground that this property was involved in laundering a portion of the proceeds of a Russian tax fraud scheme (the “Russian Treasury Fraud”).

The Complaint in the Prevezon action alleged that the Russian Treasury Fraud was an elaborate tax refund fraud scheme in which a criminal organization including corrupt Russian government officials defrauded Russian taxpayers out of approximately 5.4 billion rubles, or over $200 million.  Among other things, the Complaint alleged that the Russian Treasury Fraud consisted of stealing the corporate identities of three companies held by a foreign investment fund advised by an investment company (“Investment Company-1”), manufacturing false contractual defaults against the stolen companies, and claiming tax refunds on the basis of those false corporate liabilities.

The Complaint also alleged that persons associated with Investment Company-1, including Sergei Magnitsky, attempted to report the Russian Treasury Fraud to Russian authorities but were subject to retaliatory prosecutions by the Russian government; that the proceeds from the Russian Treasury Fraud were moved through an elaborate network of shell companies; and that approximately $1.96 million was ultimately transferred by shell companies to a real estate company (“Real Estate Company-1”) that was a defendant in the Prevezon Action.  VESELNITSKAYA, an attorney based in Russia, was retained to assist the defendants in the Prevezon Action.

The MLAT Request and the Russian MLAT Response

In November 2015, the Government moved for partial summary judgment in the Prevezon Action, seeking a ruling that the Russian Treasury Fraud had occurred and constituted a predicate offense for money laundering.  The defendants in thePrevezon Action responded, claiming that the motion should be denied because the Russian Treasury Fraud had supposedly been committed by people associated with Investment Company-1 without the involvement of any Russian government officials.

As support for these claims, the defendants in the Prevezon Action submitted a declaration by VESELNITSKAYA (the “Veselnitskaya Declaration”).  The Veselnitskaya Declaration attached the Russian MLAT Response, characterized it as exculpatory evidence corroborating the defense’s claims, and claimed that VESELNITSKAYA had gone to great lengths to obtain a copy of it.  According to her declaration, VESELNITSKAYA had sought a copy from the Russian Prosecutor General’s Office and been refused, leading her to file a Russian court action to obtain an order compelling the Russian prosecutors to furnish her with a copy.

As alleged, however, VESELNITSKAYA had secretly worked with a senior Russian prosecutor to help draft the Russian MLAT Response.  Emails from an account used by VESELNITSKAYA reveal that she sent multiple drafts of the document to the personal email account of a Russian prosecutor in the Prosecutor General’s Office, which drafts made numerous edits and insertions to the Russian MLAT Response.

A number of the insertions VESELNITSKAYA sent the Russian prosecutor were incorporated – either in rephrased form or at times essentially verbatim – into the final Russian MLAT Response sent by the Russian Government to the U.S. Government.  Among the insertions that VESELNITSKAYA sent to the Russian prosecutor – and that appeared in some form in the final Russian MLAT Response – were some claims that were featured in the Prevezon defendants’ opposition to the Government’s summary judgment motion.  These claims were supposed evidence that persons associated with Investment Company-1, not corrupt Russian Government officials, committed the Russian Treasury Fraud.

The Court denied the Government’s motion for partial summary judgment – the outcome VESELNITSKAYA had sought in submitting her declaration.  The Prevezon Action continued and the case settled before trial.

NATALYA VLADIMIROVNA VESELNITSKAYA, 43, a citizen and resident of Russia, is charged with one count of obstruction of justice, which carries a maximum sentence of 10 years in prison.  The maximum potential sentence in this case is prescribed by Congress and is provided here for informational purposes only, as any sentencing of the defendant will be determined by the assigned judge.

Mr. Berman praised the outstanding investigative work of the Special Agents from the U.S. Attorney’s Office for the Southern District of New York and HSI.

The case is being handled by the Office’s Money Laundering and Transnational Criminal Enterprises Unit and its Public Corruption Unit.  Assistant United States Attorneys Paul M. Monteleoni and Benet J. Kearney are in charge of the prosecution.

The charges contained in the Indictment are merely accusations and the defendant is presumed innocent unless and until proven guilty.

[1] As the introductory phrase signifies, the entirety of the text of the Indictment, and the description of the Indictment set forth herein, constitute only allegations, and every fact described should be treated as an allegation. 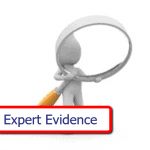 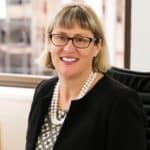