You are here: Home / News / The SEC Lawyer Who Took Down Fabulous Fab 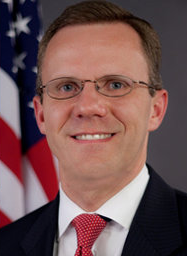 It was a big win for 41 year old head of SEC, Matthew Martens when he secured a conviction against former Goldman Sachs president Fabrice (“Fabulous Fab”) Tourre.  In the highest profile case brought by the agency since the global financial crisis, it was also a big bet by Martens – a bet that paid off.


As the head of litigation for the U.S. Securities and Exchange Commission, Matthew Martens’ main job is to oversee other lawyers. In his three years at the agency, he had not tried a case himself.

Reuters report that federal jury in Manhattan found Tourre liable on six of the seven charges against him.

Martens said in an interview it was important that a case deemed significant by the agency should garner attention from the top. He said the verdict should rebut critics of the SEC’s trial record, which has taken hits amid setbacks last year in other financial crisis cases.

“If this doesn’t convince people we can win these cases, I don’t know what would,” Martens said.

The SEC accused Tourre, 34, of misleading investors in a synthetic collateralized debt obligation called Abacus 2007-AC1. The SEC said Tourre failed to disclose that Paulson & Co Inc, the hedge fund of billionaire John Paulson, helped choose subprime mortgage securities linked to go into Abacus and also that the fund planned to bet against it.

During the trial, the 20th of his career, Martens told jurors, “Wall Street greed drove Mr. Tourre to lie and deceive.”

He readily acknowledged to the jurors the complexities of the case, telling them “nobody is making a TV show any time soon about a CDO trial.” But he sought to convince them the fraud Tourre committed was simple.

“You can’t and don’t need to teach them everything about the subject material,” Martens told Reuters Friday.

Martens joined the SEC in August 2010 from the U.S. Attorney’s Office in Charlotte, North Carolina, which he joined as an assistant U.S. attorney and left as deputy criminal chief.

Before heading to Charlotte, Martens worked under Michael Chertoff, first as an associate at the law firm Latham & Watkins and later as chief of staff when Chertoff headed the Justice Department’s criminal division.

While he was in Charlotte, Martens started a securities fraud practice. He also built up his trial experience, taking 14 cases to jury trials.

“His philosophy was to volunteer to try anything,” said Chertoff, who later served as secretary for the U.S. Department of Homeland Security and now heads the Chertoff Group consulting firm. “He wanted to really get that experience.”

When Martens began looking to join the SEC, he originally applied to run its Atlanta office, according to Robert Khuzami, who stepped down as the SEC’s director of enforcement in January and joined Kirkland & Ellis last month.

Khuzami, who got to know Martens through that process, subsequently reached out when the position of chief trial counsel opened up.

Martens’s arrival at the SEC came at a time of restructuring for the SEC’s enforcement division, which had been criticized for failing to uncover Bernard Madoff’s $65 billion Ponzi scheme before it came to light in December 2008.

Khuzami called Martens a “very hands on manager” who instituted closer supervision of members of the trial unit. He also was part of an effort to create more integration between the trial lawyers and investigative units, Khuzami said.

“He generally set a high standard for performance and encouraged member of trial units to get involved earlier in the investigative process,” Khuzami said.

Mary Schapiro, who chaired the SEC at the time of Martens’ hiring and is now at the Promontory Financial Group consulting firm, said Martens had “this extraordinary ability to, in a very cogent, concise, logical way, pull all the information together that was necessary for us to make a decision.”